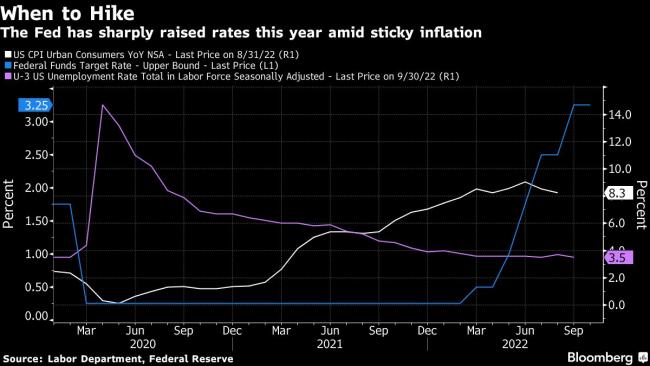 Fed Hikes Last Year Would Have Only Modestly Curbed Inflation in 2022, Study Says

(Bloomberg) — Federal Reserve interest-rate increases last year would have only modestly reduced inflation in 2022, according to a new study from the San Francisco Fed which examines what critics view as a costly policy error.

US central bankers have been slammed for delaying their response to surging inflation and only starting to raise rates from nearly zero in March. But hikes starting in March of last year and continuing through the beginning of 2022 would have only shaved off 1 percentage point from inflation, while increasing unemployment by 2 percentage points, San Francisco Fed economist Regis (NYSE:RGS) Barnichon found.

“It may have been preferable to only moderately raise the federal funds rate during 2021, such that inflation would be only about 1 percentage point lower now, and unemployment would stand around 6%, about 2 percentage points higher, Barnichon wrote in a research letter published Tuesday. “The reason for this moderate policy reaction is rooted in the Fed’s dual mandate, such that any monetary policy aimed at containing inflation typically will take into account the response of unemployment.”

The Fed started raising rates in March of this year, first slowly and then increasing the size of its hikes over the summer. It delivered its third straight 75 basis point increase last month, lifting the target for its benchmark rate to a range of 3% to 3.25%. While headline consumer inflation slowed to 8.3% in August, the core measure increased to 6.3%, from 5.9% in July. Policymakers have said that price-pressure persistence means more rate increases are necessary.

The study also points to monetary policy’s lags in affecting the economy. It takes at least one year for policy changes to impact inflation, Barnichon found.

The analysis did not look at how an earlier ending of the Fed’s massive bond-purchase campaign — another option critics argued the Fed should have taken — would have impacted inflation and unemployment. The Fed in September 2021 announced its intention to start scaling back bond buying. But it only completed that process in March, when it began to raise rates.