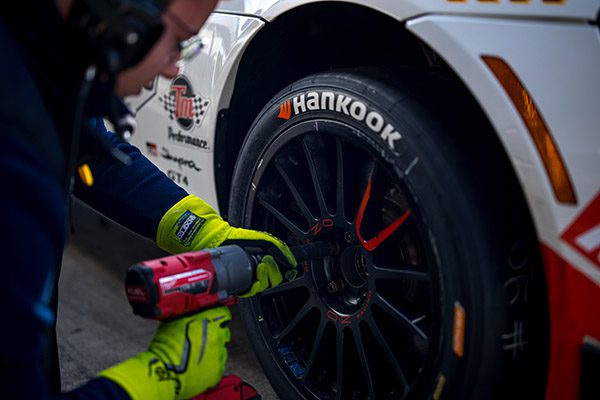 Tim Heinemann won the DTM Trophy for the second time on Hankook race tyres at the Hockenheimring, having previously won the series in 2020. Sixth place in the penultimate race was sufficient for the 24-year-old to wrap up the title in his Toyota GR Supra GT4. He then ended the 2022 season in a manner worthy of a champion, winning the final race. Premium tyre maker Hankook has been exclusive tyre partner of the prestigious GT4 junior series since it was launched in 2020. During this time, it has helped talented youngsters take their first steps in GT racing with the tried-and-tested Ventus Race tyre.

This season’s DTM Trophy consisted of seven events, each featuring two races. With the help of the Hankook race tyre, the young drivers were able to gain valuable experience at such renowned racetracks as Imola, Spa-Francorchamps, and the Norisring street circuit in Nuremberg. Tim Heinemann made an ideal start to the season with two victories at the Lausitzring and, after a brief glitch in Imola, was soon back on track for success. “Only once this season did we not have a chance – in Italy. We learned our lesson and barely dropped a point after that.”

His record speaks for itself. With six wins from 14 races, the man from Fichtenberg ultimately won his second DTM Trophy title in commanding fashion, ending the season 47 points clear of BMW drivers Colin Caresani and Theo Oeverhaus. “From a racing perspective, this success was more competitive and tougher than 2020. However, that was my first championship, which made it very special,” said the driver from the Toyota Gazoo Racing Germany powered by Ring-Racing team.

One important factor was the race tyre provided by Hankook, on which Tim Heinemann also won the title in the inaugural season back in 2020. “The tyre is the contact point with the track, which makes it extremely important to understand it properly. As this was my third season on the Hankook tyre, I knew exactly how to get it up to the ideal temperature. That obviously helped a lot,” explains the two-time DTM Trophy champion.

Manfred Sandbichler, Hankook Motorsport Director Europe: “The DTM Trophy is getting stronger every year. It is the ideal platform for talented youngsters to establish themselves in GT racing and to continue their development. After a great season and his second title, Tim Heinemann has clearly staked a claim to move on to bigger things. Hankook is glad to be able to help promising young drivers to climb the career ladder. We are already looking forward to next season, in which the drivers and teams will once again be able to rely on the consistency of our Ventus Race and the expertise of the entire Hankook crew.”