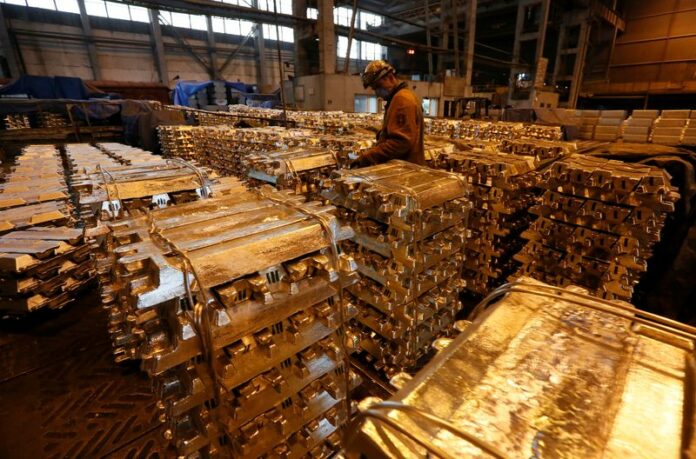 WASHINGTON (Reuters) -The Biden administration is considering a complete ban on Russian aluminum in response to Russia’s military escalation in Ukraine, Bloomberg reported on Wednesday.

The White House is weighing an outright ban, raising tariffs to levels so punitive they would impose an effective ban, or sanctioning United Co Rusal International PJSC, the company that produces Russia’s metal, Bloomberg said, citing unnamed people familiar with the decision-making.

The Bloomberg report said the White House had held off sanctioning Russian aluminum at the start of the invasion out of fear it could disrupt global suppliers.

But there are fewer products remaining for the United States and Ukraine’s allies to ban now, Bloomberg said, adding that discussion by the White House on a ban has been ongoing for weeks.

“We’re always considering all options. There is no movement on this as of now,” a White House official said in response to the report.

The Treasury Department did not immediately respond to a request for comment from Reuters.

Russian attacks using more than 100 missiles have killed at least 26 people across Ukraine since Monday, when Russian President Vladimir Putin ordered what he called retaliatory strikes against Ukraine for an explosion on a bridge.

Shares of Alcoa (NYSE:AA) Corp were last trading up 2.5% following the report.

Rusal, the world’s largest aluminum producer outside China, did not immediately reply to a Reuters’ request for comment.