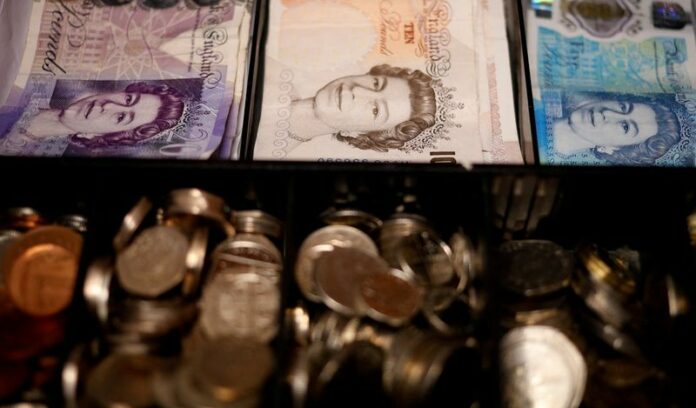 Factbox-What are index-linked bonds and why is the Bank of England is buying them? 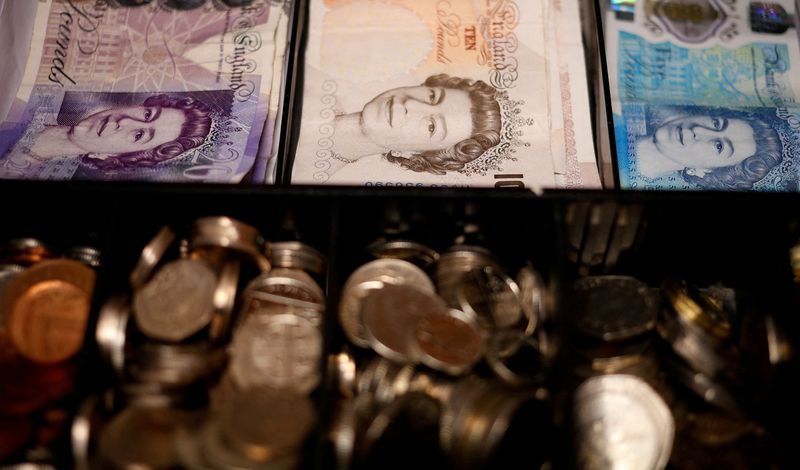 © Reuters. FILE PHOTO: Pound notes and coins are seen inside a cash register in a bar in Manchester, Britain September 6, 2017. REUTERS/Phil Noble/File Photo

LONDON (Reuters) – The Bank of England said on Tuesday it would buy index-linked government debt as part of its emergency programme to try and quell turmoil in the debt market.

Following is a summary of what index-linked bonds are and why the BoE is buying them.

WHAT IS AN INDEX-LINKED BOND?

Governments around the world routinely sell index-linked bonds – which protect investors against inflation because their payouts rise and fall in line with price growth – as part of their broader borrowing in financial markets.

The United States issued its first Treasury Inflation Protected Security (TIPS) in 1997 when U.S. inflation was just above 2%.

The recent surge in inflation globally has increased demand for index-linked bonds by investors, but their sensitivity to rising interest rates means many have fallen in value this year.

WHAT ABOUT BRITISH LINKERS?

Britain’s stock of index-linked debt stood at around 558 billion pounds ($617.54 billion) on Tuesday, making up about a quarter of the government’s debt portfolio, a bigger share than in many other rich economies.

With rising inflation adding billions of pounds to its linker-related debt costs, the government has tried to reduce their share in its overall borrowing, especially as they are tied to the Retail Price Index which has put inflation higher than the more widely followed Consumer Price Index.

WHAT HAS HAPPENED TO BRITISH LINKERS RECENTLY?

It has been a calamitous year for index-linked gilts, with some long-dated bonds losing more than 75% of their value since the end of 2022.

Linkers in Britain have fared worse than elsewhere.

This reflects not only their sensitivity to rising interest rates but also a loss of investor confidence in British assets since Prime Minister Liz Truss implemented her push to raise the pace of economic growth, financed by unfunded tax cuts.

WHAT IS THE BANK OF ENGLAND DOING?

The British central bank said on Tuesday that it would include inflation-linked debt in the emergency bond-buying programme it launched on Sept. 28 after the new government’s economic plan alarmed investors with the scale of its borrowing.

The BoE said it would buy up to 5 billion pounds of index-linked bonds a day, the same as its maximum for normal bonds.

It hopes that its action will reduce the risk of pension funds being forced to sell index-linked and other bonds which could create a self-perpetuating loop of sales as prices fall further.