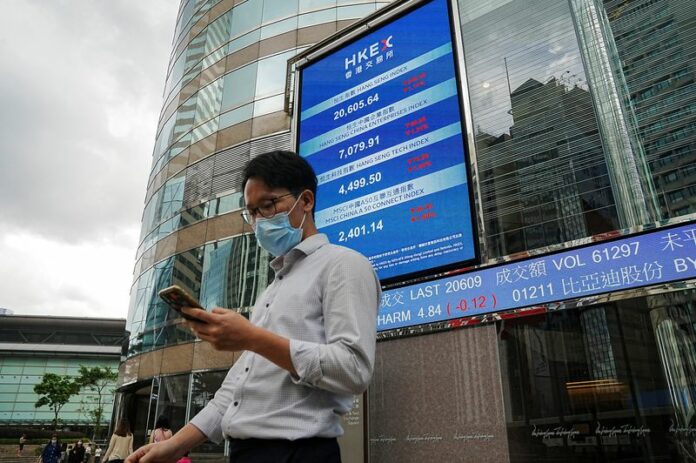 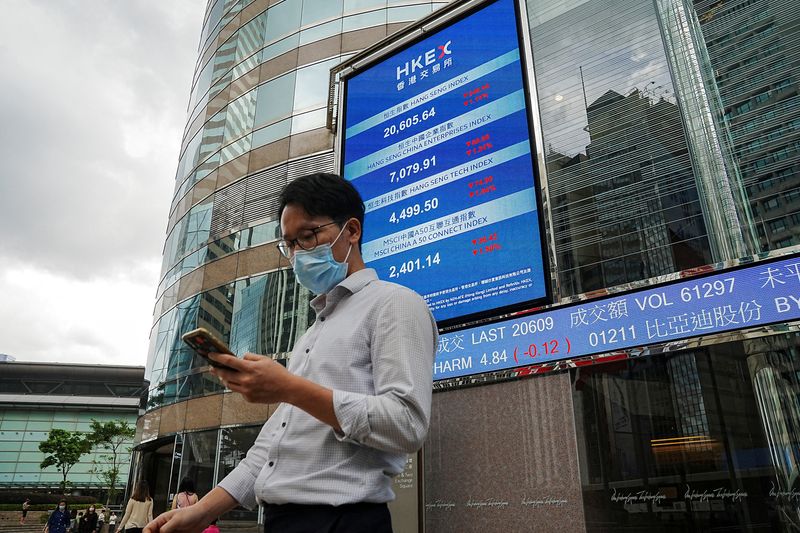 HONG KONG (Reuters) -Hong Kong dealmakers expect China’s 20th Party Congress next week to herald a shift in focus in Beijing back towards business and economic issues that could help revive the city’s IPO issuance from nine-year lows.

Rolling COVID-19 lockdowns have been blamed for dramatically slowing China’s economic growth, shutting it off from the rest of the world and denting investors’ appetite to buy into Chinese assets.

Any shift towards opening China’s borders and stimulating demand there would prop up confidence and business transactions, lawyers and analysts said. Hong Kong only recently began its own reopening, relaxing its tough virus policies which have tarnished its credentials as a global financial centre.

“Hopefully, the global economic situation will improve next year and I expect to see a greater focus on business and economic issues in China after the 20th party congress,” said Richard Wang, Freshfields partner in Hong Kong, adding that should lead to more companies looking to raise capital.

Initial public offering (IPO) activity in Hong Kong, which is traditionally dominated by mainland companies, has fallen to a nine-year low amid tumbling Chinese markets, escalating Sino-U.S. tensions and a tightening regulatory environment in China.

International listing ambitions have been put on ice since China flagged new rules, which are yet to be finalised, for companies wanting to sell shares outside of the mainland markets.

There has been just $9.28 billion worth of IPOs in Hong Kong this year, down from $37.1 billion in the same period in 2021, according to Refinitiv figures. The value of new share sales is the lowest since 2013.

Moreover, more than 80% of the IPOs in Hong Kong this year are trading under water since their debut, according to Dealogic data.

Mainland Chinese IPOs have raised $54.12 billion, down 33% from $80.89 billion in the first three quarters of 2022, according to Refinitiv data. However, Shanghai’s STAR and the Shenzhen exchange are the two most active IPO markets in the world, the data showed.

“People are expecting that things will open up after the meeting but in terms of timing when you will see that, it will not be an overnight change,” said Stephanie Tang, a partner at law firm Hogan Lovells.

“How that will evolve, there’s no one determining factor but the reasonable expectation is that we will see deal activity progress from late 2022 towards the springtime in 2023.”

Most economists, however, doubt Chinese policymakers will offer any concrete signals soon of a relaxation of the zero COVID policy or a roadmap for border reopening.

COVID infections are at the highest level since August and there’s an estimated 36 cities under lockdown or some form of control ahead of the meeting beginning on Sunday.

Greater policy certainty in areas such as technology and education could only become clear following the annual two sessions of China’s parliament in March, lawyers said.