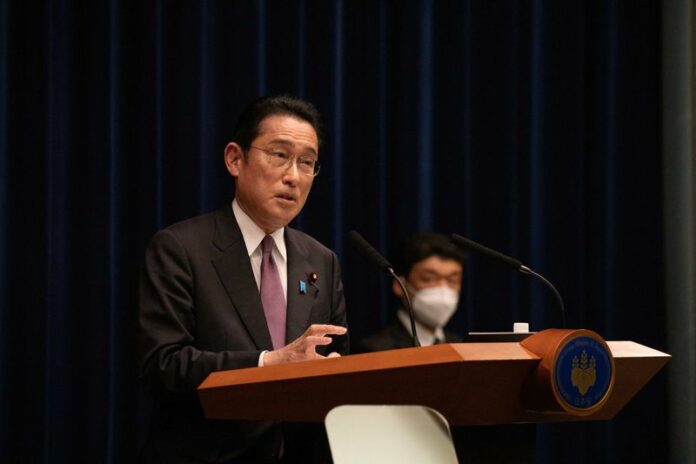 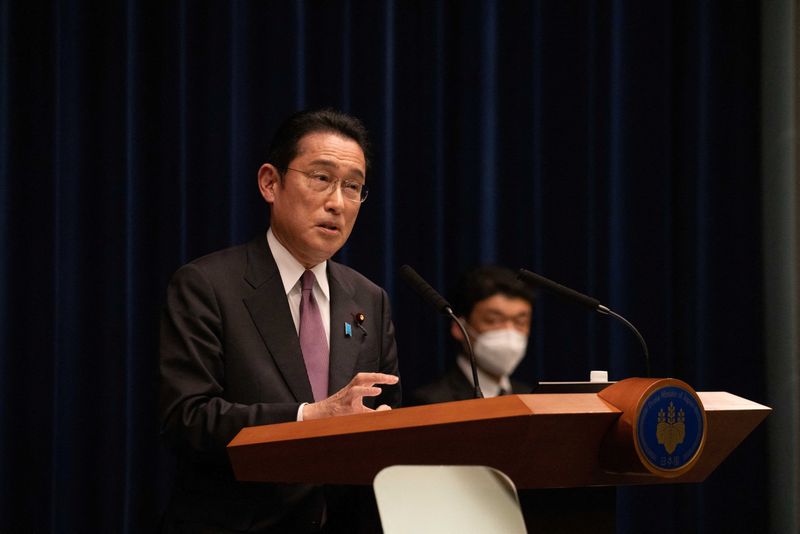 By Takaya Yamaguchi and Tetsushi Kajimoto

TOKYO (Reuters) -A party in Japan’s ruling coalition is seeking 2 trillion yen ($13.6 billion) in child care support as part of an economic stimulus package, a draft proposal showed, indicating that steps are under way to flesh out specific spending plans.

The proposal by Komeito, a partner of Prime Minister Fumio Kishida’s Liberal Democratic Party, also seeks 500 billion yen for research and development on technologies related to economic security, according to a draft document seen by Reuters on Thursday.

The proposals will likely be reflected in an economic stimulus package that the government plans to announce this month and that will be funded by a supplemental budget, the second for this fiscal year, expected to reach a vote in November.

The draft proposed spending 2 trillion yen over three years to support families with children, in addition to other measures for households and enterprises hit by high energy and resource costs. It did not give a total spending figure.

Japanese policymakers have so far remained coy about the likely size of the planned stimulus spending, although some lawmakers have floated ball-park figures around 30 trillion yen.

The package, which follows an initial extra budget approved in May worth 2.7 trillion yen, would likely be financed through additional debt issuance and add to what is already the industrial world’s heaviest public debt burden, at more than double the size of the country’s annual gross domestic product.

A Japanese Finance Ministry official, however, played down comparisons with Britain, which is also confronting a weak currency, high inflation and rising debt, and has been pushed to the verge of financial crisis.

“In Britain, inflation is way higher than in Japan, and their current account balance is in deficit,” the official said.

“What we have in common is that we may not be able to defend our financial position once investors doubt our fiscal sustainability,” the official added.