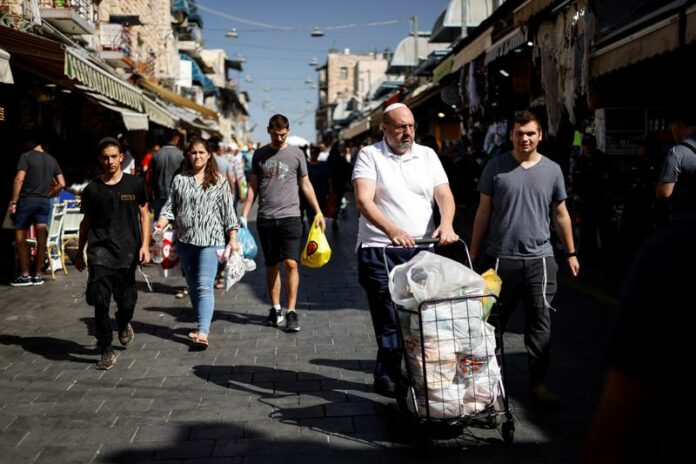 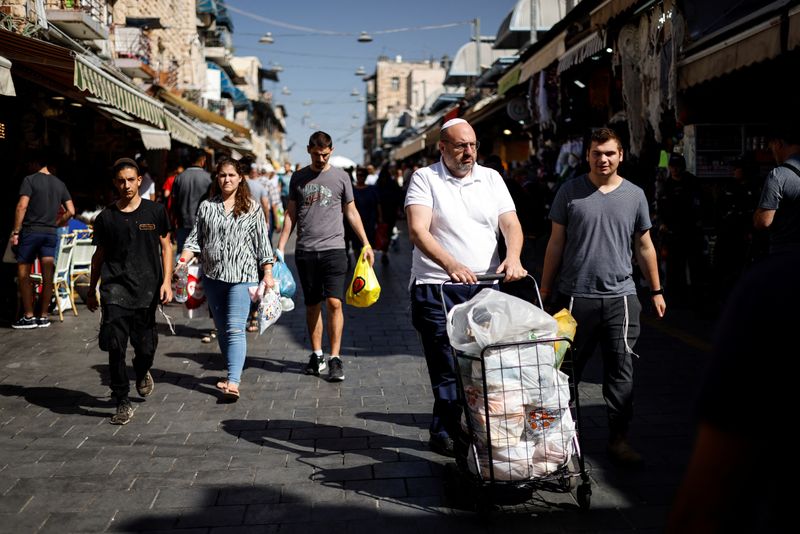 By Steven Scheer and Maayan Lubell

MODIIN, Israel (Reuters) – Israelis are as fed-up with soaring prices as they are with the country’s seemingly never ending elections. In the Nov. 1 ballot – a fifth in less than four years – steep living costs, exacerbated by record inflation, are top priority for voters.

Living costs even outweigh issues like the conflict with the Palestinians, voter surveys show. Yet in a turbulent political system, it is ultimately attitudes toward the polarizing former premier Benjamin Netanyahu that sway voting patterns. Plus a seemingly eternal election cycle means sweeping economic reforms are near impossible.

The country’s repeated ballots have seen only one state budget passed since 2019, hampering the kind of long-term planning needed to pass reforms to cut costs. This has increased voters’ fears that a fresh election will do little to improve matters even though Netanyahu’s rightist religious bloc and his rival, centrist Prime Minister Yair Lapid, both promise change.

In the suburban city Modiin, midway between affluent hi-tech hub Tel Aviv and far poorer Jerusalem, Matthew and Ilana Lipman are a picture of middle-class Israel, with a sizeable mortgage, four children and a dog.

Both teachers in their early 40s, they say they are struggling to make ends meet. And a 14-year record inflation is not helping. “Every time I go to the grocery store, prices are going up,” said Ilana.

“(Our) spending is higher than earnings; every month we see that more and more,” Ilana said. “It’s not working.”

While thankful for basics for their children, a roof over their head and food on the table, they say extras, like after-school classes or going to the pool, are becoming an unaffordable luxury.

But he added: “We have not been able to translate macroeconomic success into improving living costs and quality of life for the average Israeli citizen.”

Methods for determining the scale of living costs vary, but economists largely agree that basic items like dairy products, eggs, bread, oil and meat are more expensive than they should be, compared with other countries in the Organisation for Economic Co-operation and Development (OECD).

The OECD has 38 member countries across Europe, North and South America and Asia-Pacific.

“Aside from communications, in every other category, food, housing and so on, the median Israeli salary buys a lot less than the average OECD salary,” said economist Dan Ben David of the Shoresh Institute for Socioeconomic Research.

Among the reasons are monopolies on imports and red tape and protectionist policies for local suppliers.

A separate IDI survey found living costs were top priority for 44% of Israeli voters, far more than those who listed diplomacy and security, which would include the Israeli-Palestinian conflict or Iran.

Reforms are vital to keep long-term growth, said Bank of Israel Governor Amir Yaron, so the lack of continuity in government is detrimental. “That’s the primary difficulty that comes from these repeated election cycles,” Yaron told Reuters.

Netanyahu is brandishing his economic credentials; a free market champion credited with reforms he led as finance minister two decades ago, which allowed Israel to weather the 2008 global financial crisis.

But his five consecutive terms as premier in 2009-2021, saw housing prices more than double and despite promises to boost competition and lower taxes, his record on living costs has been mixed.

Lapid’s camp is highlighting moves his government has pushed over the past year to bring food prices down, like agricultural reforms and cutting red tape on food imports.

The Lipmans, have little faith their vote will make a difference. “Nobody really gives a crap about us,” said Matthew.