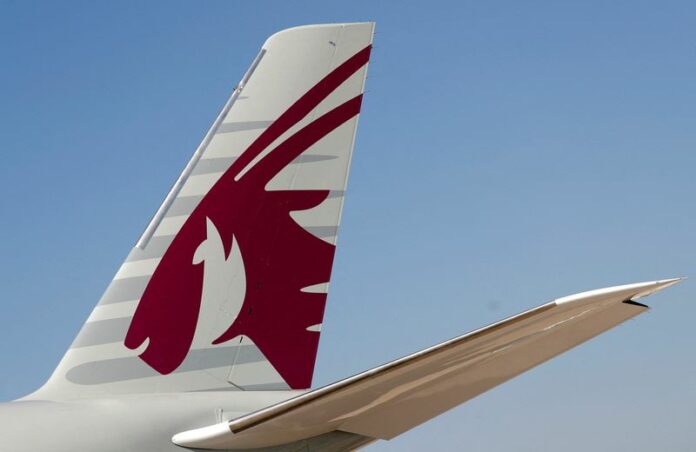 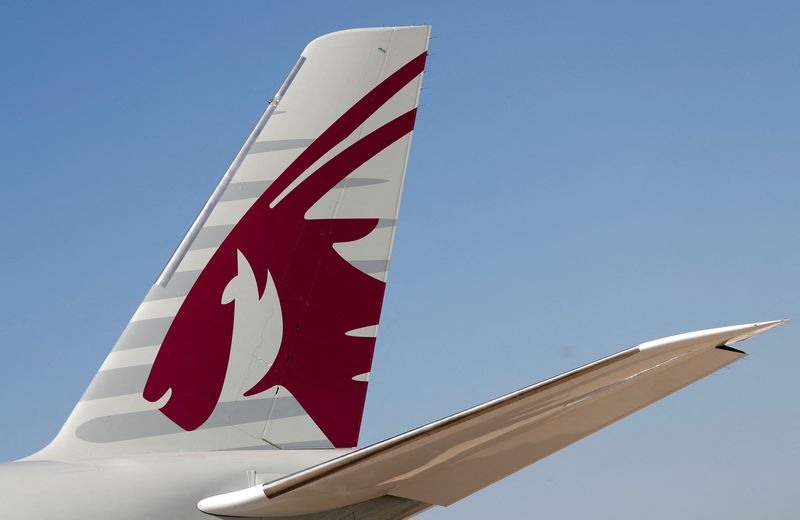 © Reuters. FILE PHOTO: A Qatar Airways Airbus A350-1000 is pictured at the Eurasia Airshow in the Mediterranean resort city of Antalya, Turkey April 25, 2018. REUTERS/Murad Sezer

DOHA (Reuters) – Qatar Airways is boosting its workforce by 10,000 to handle an influx of passengers flying into Doha for the soccer World Cup and in line with a broader post-pandemic expansion, the airline told Reuters.

The Doha-based carrier is in the midst of a recruitment drive which will lift its total workforce to more than 55,000 from around 45,000 currently, a spokesperson, who declined to be named.

“Qatar Airways is on a growth trajectory following COVID and with World Cup preparations in full swing it is ramping up recruitment across the airline,” the company said in a statement to Reuters this week.

The airline declined to say how many of the new positions would be permanent. It cut staff levels to below 37,000 in 2021 after reducing its destinations to 33 cities during the height of the pandemic in 2020. It has since ramped operations back up to more than 150 destinations.

Recruitment events were held in the Philippines, India and other countries at the end of September, the spokesperson said.

It is not yet clear how many of the new staffers will be in place when the World Cup kicks off on Nov. 20 in Qatar, the first Middle East country to host soccer’s main event.

During the tournament, Qatar Airways is adjusting 70% of its schedule to make way for additional flights arriving in Doha and has canceled other flights and reduced frequencies in order to free up aircraft to meet demand from fans.

Other airlines will significantly increase flights to Qatar, which has reopened an old airport for the event.

“It will be a huge challenge to be able to manage this very fast moving demand for very large numbers of spectators,” Qatar Airways CEO Akbar al-Baker told reporters earlier this year.

Tiny Qatar faces a broad personnel shortage as it prepares to receive an estimated 1.2 million visitors during the month-long World Cup, which is expected to put pressure on its infrastructure, hospitality and security sectors.