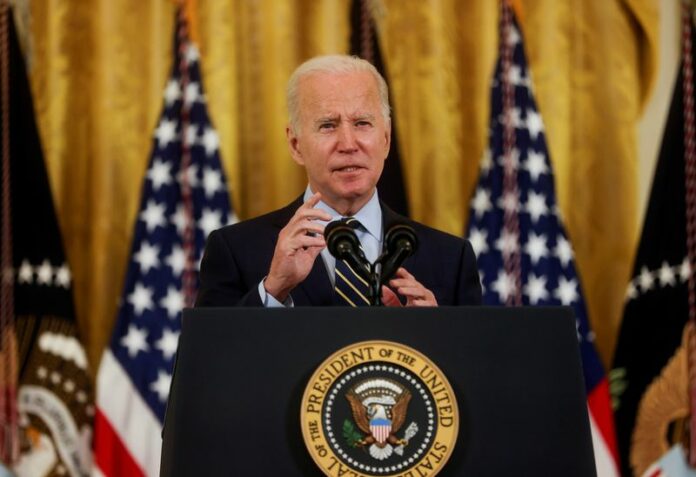 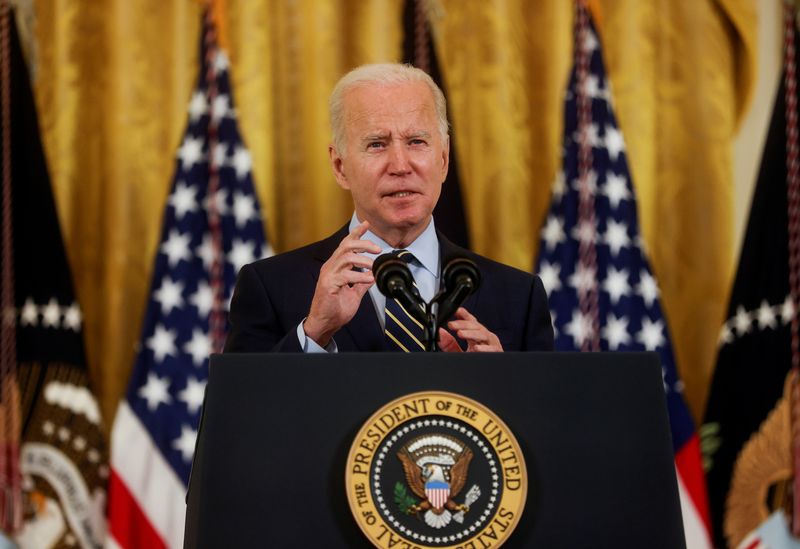 © Reuters. FILE PHOTO: U.S. President Joe Biden delivers remarks on the Build Back Better Act and its impact on the cost of prescription drugs during a speech in the East Room at the White House in Washington, U.S., December 6, 2021. REUTERS/Leah Millis

By Jeff Mason and Trevor Hunnicutt

IRVINE, Calif. (Reuters) -U.S. President Joe Biden criticized Republicans and drug companies during a stop at a California community college on Friday as he campaigned for fellow Democrats in November’s midterm elections.

Biden’s trip includes stops in California on Friday and Oregon on Saturday as the president looks to position his party, the Democrats, as a champion of consumers and lower healthcare costs at a time that inflation ranks among voters’ top concerns. The midterm elections are on Nov. 8.

“We took on Big Pharma and we beat them, finally,” Biden said, referring to the recently passed Inflation Reduction Act’s provisions allowing Medicare to negotiate lower drug prices, caps the cost senior citizens are charged for prescriptions and lowers insulin prescriptions to $35 for Medicare beneficiaries.

He claimed that Republicans will repeal the prescription drug price caps and take away Medicare’s ability to negotiate drug prices if they take control.

Biden’s motorcade was greeted in Irvine by more than 1,000 raucous protesters calling for Democracy in Iran, where anti-government demonstrations have raged for several weeks.

The president made reference to the protests in his remarks, saying that the United States stood with the Iranian people.

“He was moved by the protests that he saw from … Iranian Americans who were there,” White House spokeswoman Karine Jean-Pierre said later. “It struck him and he wanted to comment about that at the top.”

The president was introduced by Democratic Representative Katie Porter, who has grilled bank and drug company executives on their profits in widely viewed Congressional hearings.

Biden signed an order Friday requiring the U.S. Department of Health & Human Services (HHS) to outline within 90 days how it will use new models of care and payment to cut drug costs.

Data on Thursday showed U.S. consumer prices jumped 8.2% in the 12 months through September, after peaking above 9% in the summer and growing at their fastest pace since 1981. Healthcare costs were partly to blame in the most recent month, along with food and rent.

HHS was given the power to promote new approaches to lowering costs and widening care through an Innovation Center, created by a 2010 healthcare reform law known as Obamacare and housed at the Centers for Medicare and Medicaid Services.

Some 65 million Americans are enrolled in Medicare programs, which have repeatedly come under fire for its cost to taxpayers.