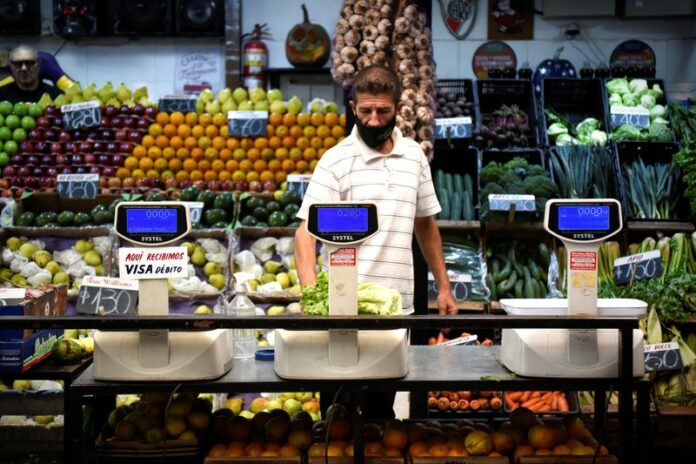 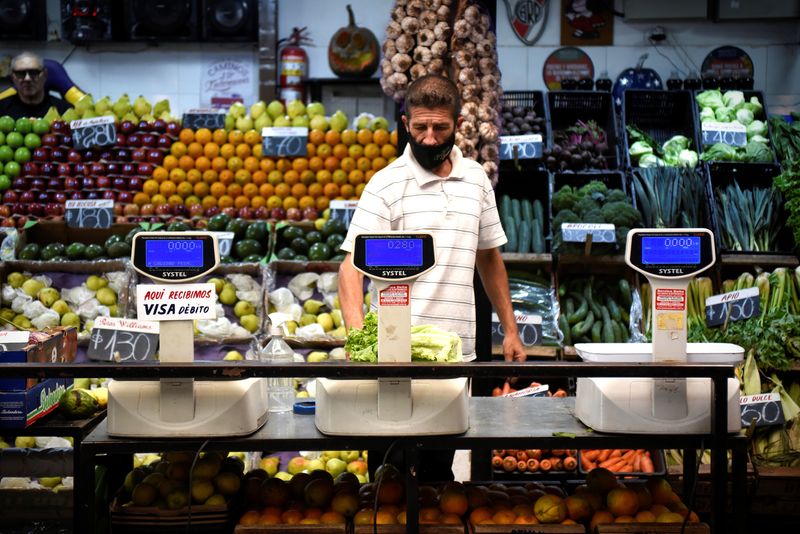 BUENOS AIRES (Reuters) – Argentina’s monthly inflation rate came in lower than expected in September, a rare reprieve for the embattled economy and struggling residents, which may allow the central bank to pause its aggressive rate hiking cycle for the time being.

The government’s INDEC statistics agency reported on Friday the monthly inflation was 6.2% last month, slower than in August and undershooting analyst forecasts of a 6.7% increase.

Reuters reported earlier on Friday, citing sources, that the central bank was minded to hold off on a new interest rate hike due to optimism that inflation was on a downward path, which would break a string of successive raises this year that have seen the benchmark rate climb to 75% from 38%.

Still, annual inflation is predicted to top a whopping 100% by the end of the year, one of the highest rates around the globe, as the grains-producing South American nation faces a wide array of economic crises and an embattled peso currency.

Inflation in the 12 months through September hit 83%, as President Alberto Fernandez’s government fights to rein in surging prices that are sapping people’s wages and savings. Prices were up 66.1% in the first nine months of the year.

Aldo Abram, executive director at consultancy Libertad y Progreso, said inflation would remain high into next year, before easing back ahead of presidential elections.

“It is likely that it will go down a bit, after rising even to 110% or more in the first half of the year,” he said.

Argentines on the street said they were increasingly struggling to afford things as prices outstripped salaries.

“You have to pay attention to how much things cost because there are things that you can’t pay for. You have to eliminate things from your diet because wages can’t keep up,” 53-year-old housewife Claudia Villalba told Reuters.

“Some people are having a really bad time.”