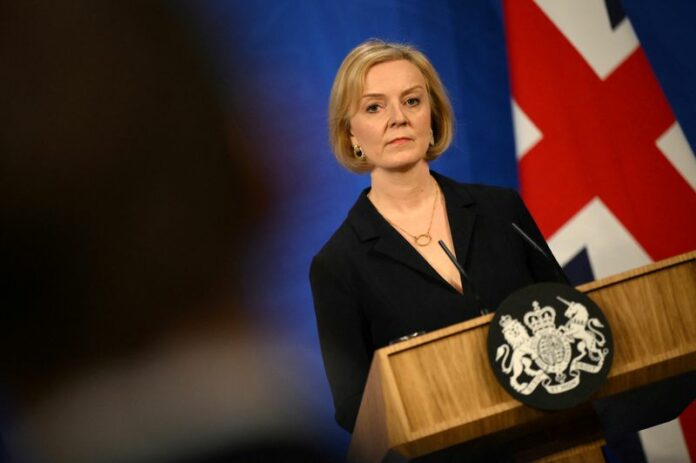 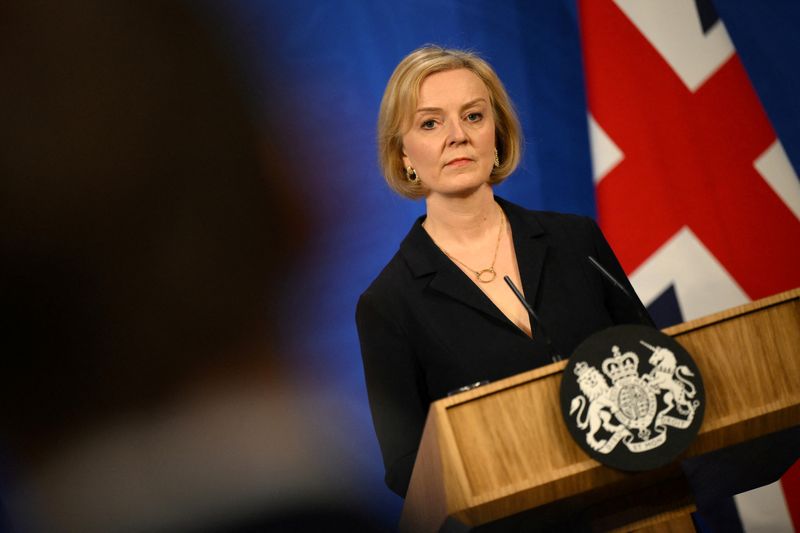 PORTLAND, Ore. (Reuters) – Biden says he was not the only one who thought British Prime Minister Liz Truss’ original economic plan, which has led to a steep dive in the value of the pound, was a mistake.

“I wasn’t the only one that thought it was a mistake.” He told reporters during a stop at an ice cream shop in Oregon as he helped campaign for Tina Kotek, who is running for Governor or Oregon.

Earlier on Saturday Britain’s new finance minister Jeremy Hunt said some taxes would go up and tough spending decisions were needed, saying Prime Minister Liz Truss had made mistakes as she battles to keep her job just over a month into her term.

In an attempt to appease financial markets that have been in turmoil for three weeks, Truss fired Kwasi Kwarteng as her chancellor of the exchequer on Friday and scrapped parts of their controversial economic package.