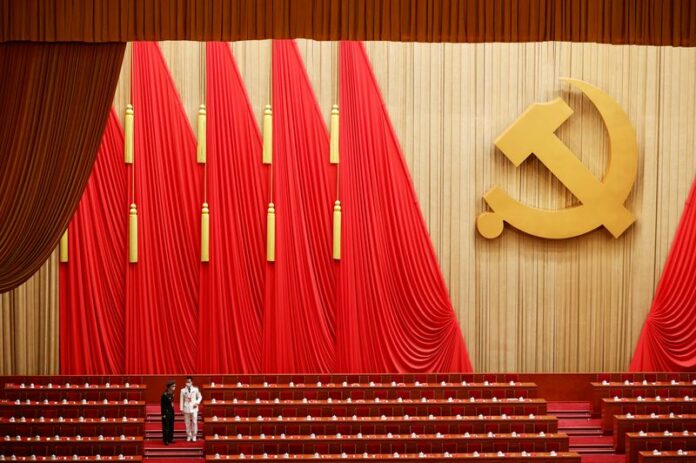 China’s 20th Communist Party Congress: What you need to know 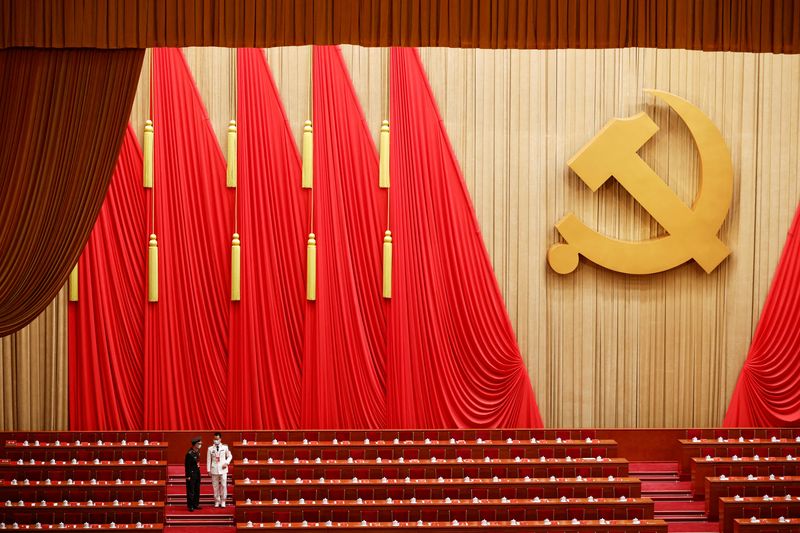 © Reuters. Military delegates arrive before the opening ceremony of the 20th National Congress of the Communist Party of China, at the Great Hall of the People in Beijing, China October 16, 2022. REUTERS/Thomas Peter

(Reuters) – China’s 20th Communist Party Congress kicks off on Sunday, with Xi Jinping poised to clinch his third five-year stint in charge – a mandate that would secure his stature as the country’s most powerful ruler since founding leader Mao Zedong.

* Little is known about who will be promoted into which key roles on the Politburo and its seven-member Standing Committee. Here are some of the leading contenders and some scenarios to look out for.

* Leaders face a difficult time. The world’s second-largest economy is slowing and facing a potentially painful rebalancing of its investment- and property-led model.

* Real estate developers in particular are delaying debt restructuring moves until after the congress, hoping the gathering offers clues on how Beijing plans to stabilise the embattled sector.

* There are also questions over whether and how Beijing exits it strict zero-COVID policy, as well as rising tensions over Taiwan and high-profile protests over several issues this year. Markets are closely watching how Beijing manages these challenges.

* Meanwhile, the capital is stepping up security and COVID curbs for the once-every-five-year event that brings together 2,300 party members at the vast Great Hall of the People on Tiananmen Square. Authorities removed rare banners of political protest from an overpass in Beijing, images circulated on social media on Thursday showed.