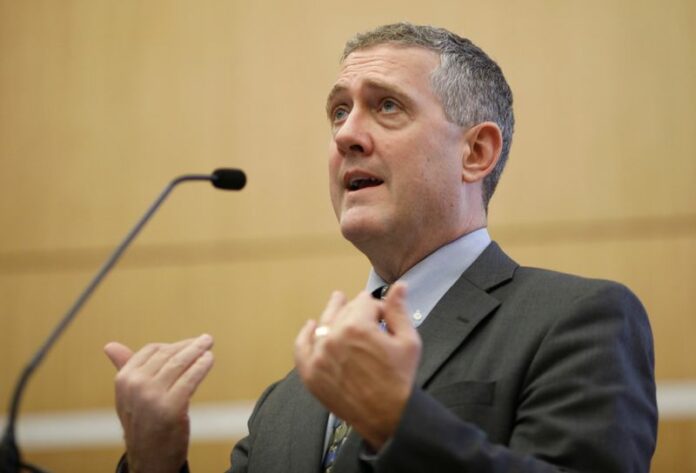 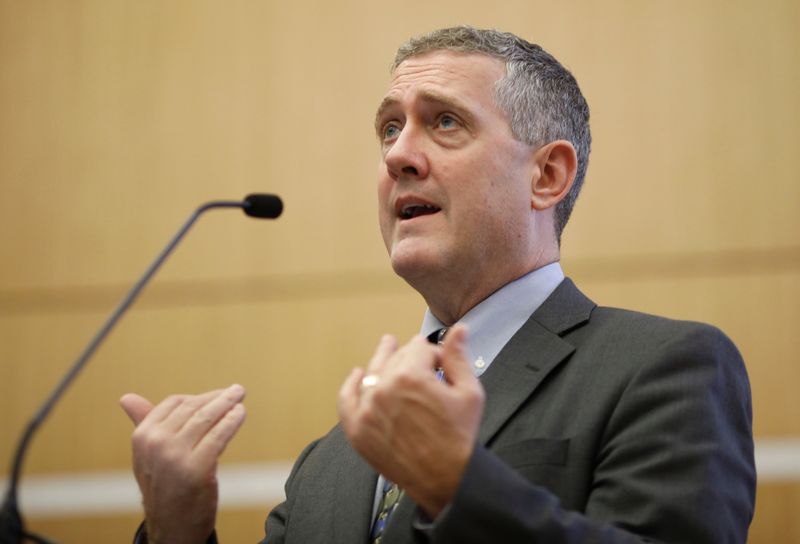 In a Reuters interview, Bullard said U.S. Consumer Price Index data for September, which was released on Thursday, showed inflation had become “pernicious” and difficult to arrest, and therefore “it makes sense that we’re still moving quickly.”

After delivering a fourth straight 75-basis-point hike at its policy meeting next month, Bullard said “if it was today, I’d go ahead with” a hike of the same magnitude in December, though he added it was “too early to prejudge” what to do at that final meeting of the year.

In what were tempered remarks for one of the Fed’s most hawkish voices recently, Bullard said that at that point he would let further increases rest on incoming data.

“I do think 2023 should be a data-dependent sort of year. It’s two-sided risk. It is very possible that the data would come in a way that forces the (Federal Open Market) Committee higher on the policy rate. But it’s also possible that you get a good disinflationary dynamic going, and in that situation the committee could keep the policy rate and hold it steady,” Bullard said a day after the U.S. government reported that consumer price inflation remained above 8% last month.

The possibility of a fifth larger-than-usual increase in December is “a little more frontloading than what I’ve said in the past,” he added.

But the trajectory mapped out by Bullard would still leave the target policy rate at the median level that Fed officials projected last month they would need to reach – evidence of a broad consensus at the central bank around at least a temporary stopping point after a year in which they have ratcheted rate expectations steadily higher.

Even if some of Bullard’s colleagues want to reach that point in smaller interim steps and not until early next year, Bullard said he regards faster increases as warranted because the U.S. labor market remains strong, and “there’s just not much indication that we’re getting the disinflation that we’re looking for.”

Though some investors and economists expect the Fed will need to lift its policy rate even further, to 5% or higher, Bullard said, “I wouldn’t predict that now … If that happens it will be because inflation doesn’t come down the way we’re hoping in the first half of 2023 and we continue to get hot inflation reports.”

The level he has penciled in for the end of the year is adequate, he believes, to lower the Fed’s closely-watched core personal consumption expenditures inflation index to below 3% next year, a long way back to the central bank’s 2% target.

Bullard said that despite the sense of turbulence in financial markets, there was “still a fair amount of potential for a soft landing,” with the United States likely to avoid a recession and companies reluctant to lay off workers who have been hard to hire during the post-pandemic economic reopening.

Warnings about recession risk may be distorted in part by inflation itself, Bullard said, with short-term bond yields driven higher than longer-term ones not for lack of faith in the economy, an “inversion” of the yield curve that shows investors betting on a recession, but because of the premium charged for the inflation taking place now.

Volatility in markets is to be expected when rates rise, he said, but may settle after a period of adjustment.

“It’s the transition that throws everybody for a loop,” Bullard said. But after that, the economy “could grow just as fast at the higher interest rates,” he said.

Asked about the sense that overseas events, such as the tension between the Bank of England and the current British government, may risk broader financial problems, Bullard said that his regional bank’s index of financial stress showed it to be low.

Compared to the sorts of serious market seizures seen during the financial crisis in 2008 or the start of the COVID-19 pandemic in early 2020, “I don’t think we’re in a situation where global markets are facing a lot of stress of that type.”