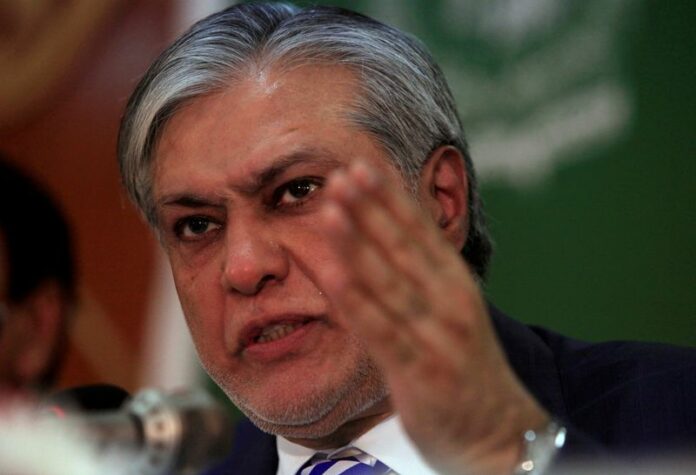 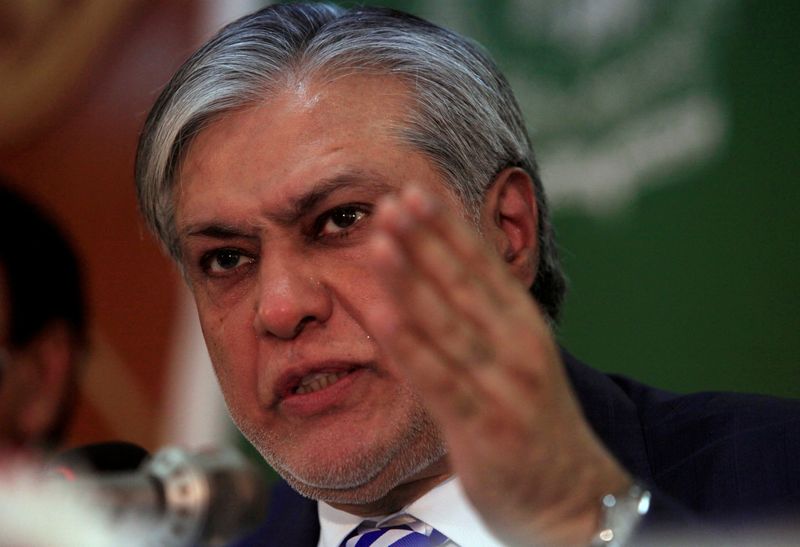 By David Lawder and Jorgelina do Rosario

WASHINGTON (Reuters) -Pakistan’s new finance minister, Ishaq Dar, told Reuters on Friday that he will seek rescheduling of some $27 billion worth of non-Paris Club debt largely owed to China, but will not pursue haircuts as part of any restructuring.

In an interview, Dar ruled out the possibility of a default on Pakistan’s debt, an extension of the maturity date on bonds due in December or a renegotiation of Pakistan’s current International Monetary Fund program.

The veteran finance minister said multilateral development banks and international donors have been “quite flexible” with ways to meet Pakistan’s external financing needs estimated at about $32 billion after devastating floods. Some of this may come from reallocating funds from previously approved, slower-disbursing development loans, he added.

Dar, who is participating in the IMF and World Bank annual meetings just over two weeks after taking office, said that Pakistan will seek restructuring on equal terms for all bilateral creditors.

He declined to comment when asked whether he thought it would be difficult to persuade China, creditor for about $23 billion of the debt, to participate.

But asked whether Pakistan would seek to reduce debt principal, he said “rescheduling is fine, but we are not seeking a haircut. That’s not fair.”

Dar, who served as Pakistan’s finance minister three previous times — most recently from 2013 to 2017 — is known as a staunch defender of the rupee. He said Pakistan has not engaged in physical intervention in the currency, which has been battered this year by a strong U.S. dollar, but which has rallied some 10% since his appointment.

Dar said that he views the “true value” of the rupee at a level under 200 to the dollar. It last traded at 219.

“I am for a stable currency, I am for a realistic rate. I am for market-based, but not subject to a currency being taken hostage” and making speculators billions of dollars.

Asked whether he discussed with IMF officials the possibility of borrowing from the Fund’s new Resilience and Sustainability Trust for middle-income countries, Dar said “We have discussed all options.”

The Pakistan finance minister added that the IMF’s new emergency “food shock” borrowing window may also be a good fit for the country, which has lost crops due to devastating floods and may need to import up to half million of tons of wheat in the next year.

“In this scenario, we have the possibility to approaching and accessing this facility,” he said.