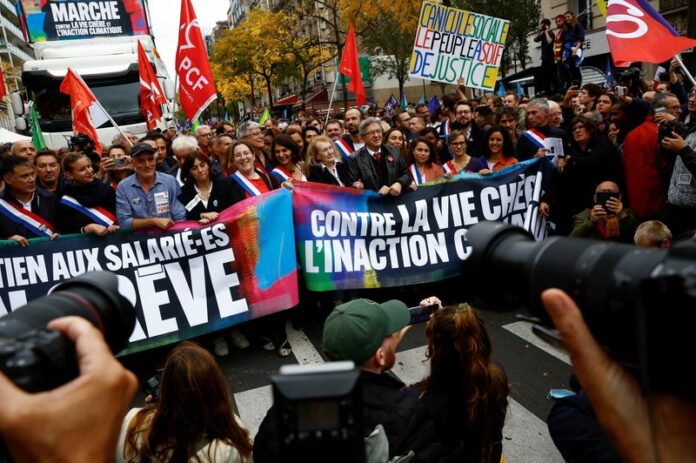 Thousands take to the streets of Paris to protest soaring prices 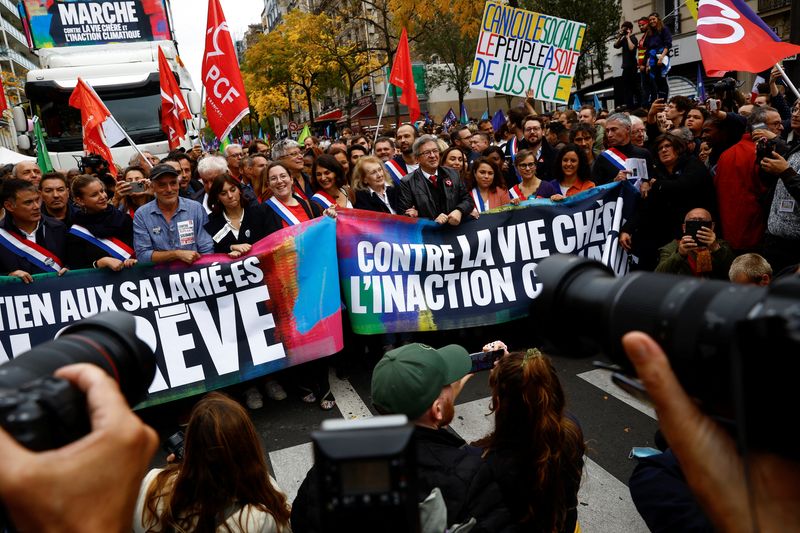 © Reuters. Jean-Luc Melenchon, leader of French far-left opposition party La France Insoumise (France Unbowed), and leader of the New Ecologic and Social People’s Union (NUPES), takes part in a protest against soaring inflation and what they call a lack of governmen

By Lucien Libert and Stéphane Mahe

PARIS (Reuters) – Thousands of people took to the streets of Paris on Sunday to protest against soaring prices as weeks of strikes for higher wages at oil refineries spurred demands for a general strike.

“You’re going to live a week like no other, we are the ones who started it with this march,” he told the crowd.

Melenchon followed the footsteps of four unions – but not France’s biggest, the moderate CFDT – which have called for strikes and protests on Tuesday for wage increases.

The four unions also called the protests to help protect the right to strike, after the government ordered the requisitioning of some oil refinery workers, a move seen by unions as a violation of their constitutional rights.

The march followed a call by the NUPES parliamentary coalition, which hopes to turn the page on domestic violence accusations that have recently dogged senior members.

“Today’s march is a march of supporters who want to block the country,” he said on French radio station Europe 1.