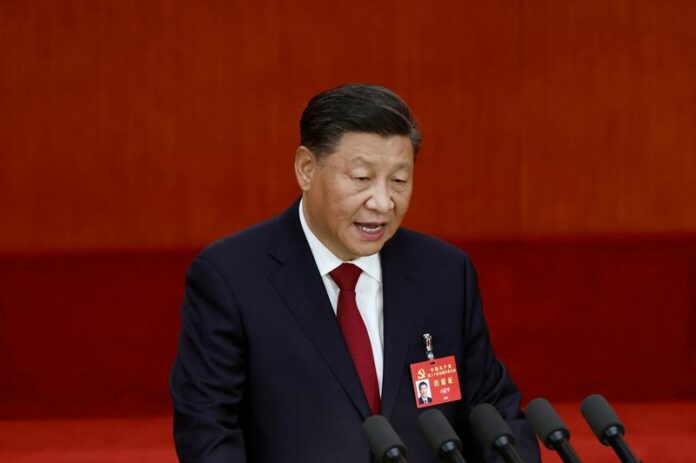 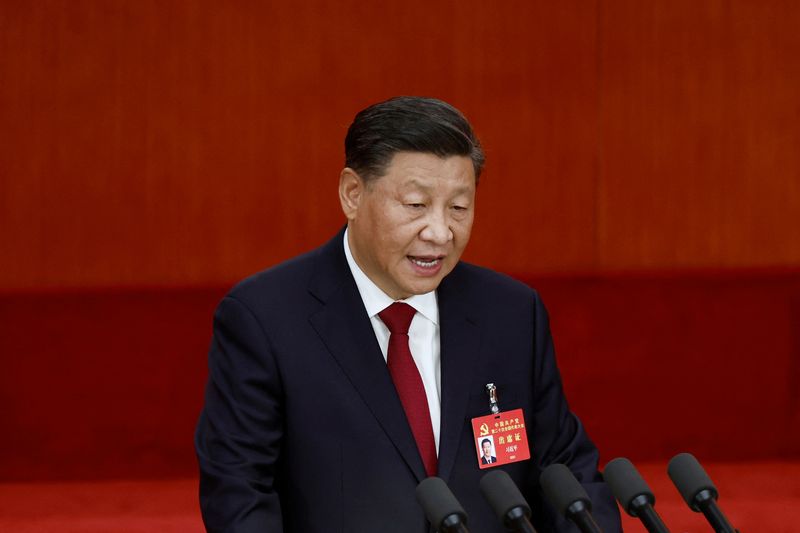 © Reuters. Chinese President Xi Jinping speaks during the opening ceremony of the 20th National Congress of the Communist Party of China, at the Great Hall of the People in Beijing, China October 16, 2022. REUTERS/Thomas Peter

BEIJING (Reuters) – China will unwaveringly support the private economy and let the market play decisive role in resource allocation, President Xi Jinping said in a speech on Sunday at the opening of the once-in-five-year Communist Party Congress in Beijing.

China will aim for high-quality economic growth and the next five years will be crucial for building a modern socialist power, Xi said.