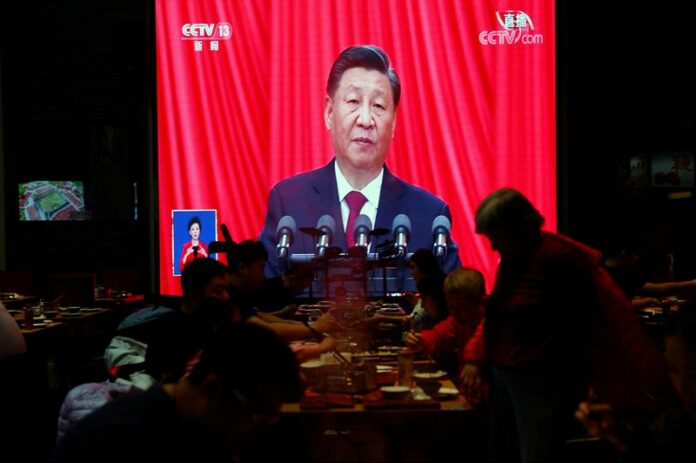 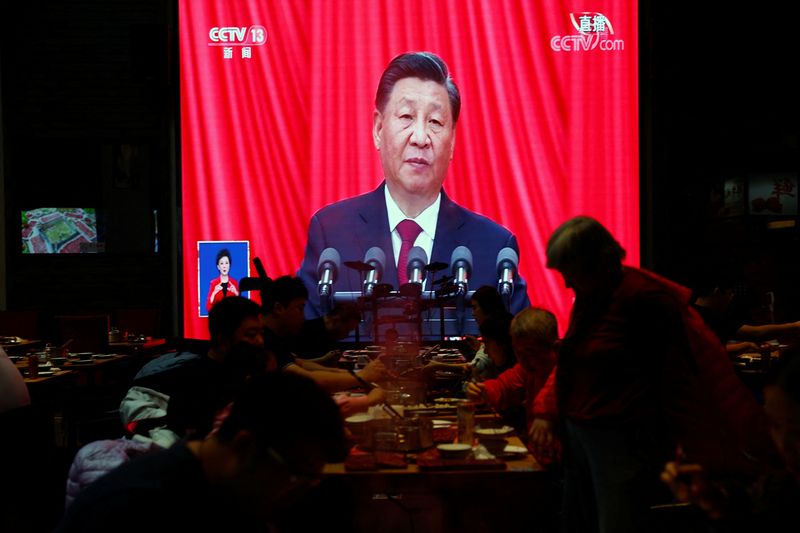 © Reuters. Diners eat in front of a screen showing live broadcast of Chinese President Xi Jinping’s speech at the opening ceremony of the 20th National Congress of the Communist Party of China, inside a restaurant in Beijing, China October 16, 2022. REUTERS/Tingshu

BEIJING (Reuters) – President Xi Jinping on Sunday said China will give priority to environmental protection and promoting green lifestyles, and that the conservation of nature was an essential part of building a modern socialist country.

In a speech opening the twice-a-decade ruling Communist Party Congress, Xi said China had made progress in tackling environmental problems over the last 10 years and vowed to “basically eliminate” heavy air and water pollution while bringing soil contamination under control.

“Ecological and environmental protection has undergone a historical, transformational and comprehensive change – our motherland’s skies are bluer, the mountains are greener and the water is clearer,” Xi told more than 2,300 delegates.

Reversing the damage done by decades of breakneck economic growth has been one of China’s major policy objectives during Xi’s decade in power. He warned in 2018 any failure to tackle pollution could be used as an “excuse” for hostile forces to undermine Communist Party rule.

Xi vowed last year China – the world’s biggest source of climate-warming greenhouse gases – would achieve carbon neutrality by 2060 after bringing emissions to a peak by the end of this decade.

He told delegates China’s carbon peak and neutrality targets would be implemented steadily and in accordance with the country’s energy resources.

China will support low-carbon industries, pursue an “energy revolution” and build a new energy system while continuing to promote the “clean and efficient use of coal”, Xi said.