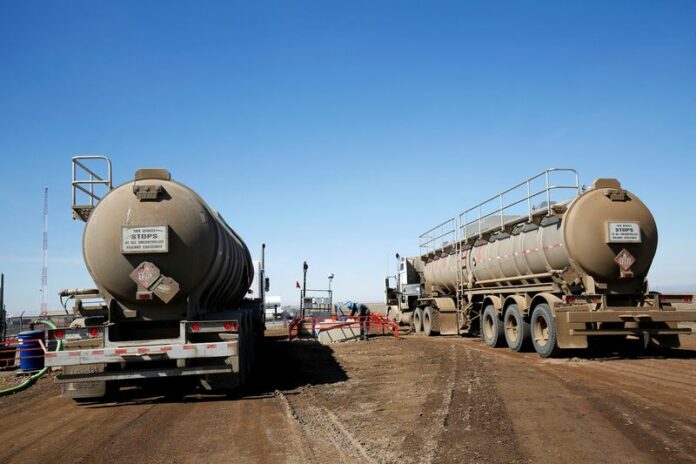 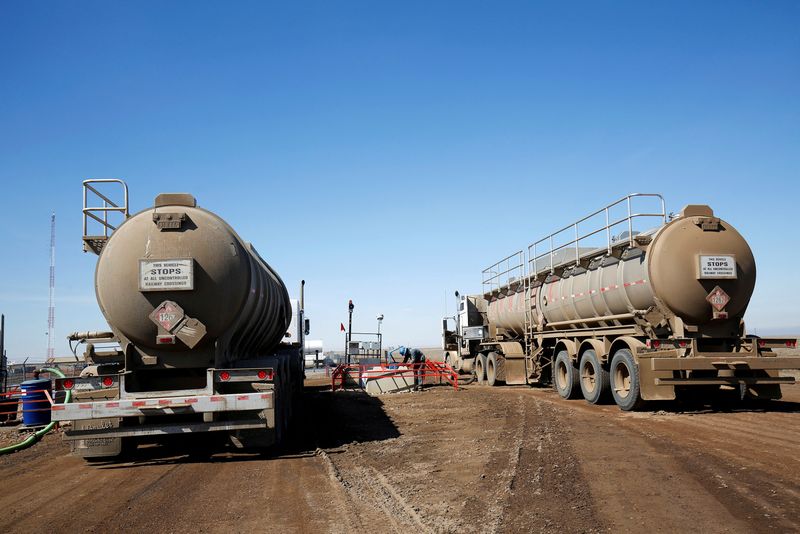 By Steve Scherer and Nia Williams

OTTAWA (Reuters) -Canada’s federal government and the main oil producing province of Alberta are at odds over who should pay to bolster tax credits and scale up a crucial technology meant to help the country attain its net-zero emissions goal, two sources familiar with the matter told Reuters.

After the United States passed the Inflation Reduction Act (IRA) in August, which included massive tax credits to develop carbon capture and storage (CCS) there, the Canadian oil and gas industry has been seeking an increase to what was promised in the April federal budget.

But Prime Minister Justin Trudeau’s government has told oil and gas companies to look to Alberta’s government, saying it has yet to do its fair share, said the sources.

CCS is emerging as a key plank in the fight against carbon pollution and climate change around the world. The Canadian oil and gas industry wants a level playing field as Ottawa targets net zero emissions by 2050, the same goal set by U.S. President Joe Biden.

Canada is home to the world’s third-largest oil reserves and is the fifth-biggest producer of natural gas, and the industry says it needs more government rebates to help scale up CCS technology.

In the federal budget, Canada estimated it would spend C$2.6 billion ($1.9 billion) on the tax credits in the first five years, and then C$1.5 billion per year through 2030.

“We’ve given a lot… If more money is needed, then it should come from the provinces,” a senior government source said this week, adding that requests for more federal spending on carbon capture are coming “mostly from Alberta.”

Oil and gas is Canada’s highest-polluting sector, but also contributes around 7.5% annually to national GDP and is a major employer in Alberta. Supporters of CCS say it is key to keeping the western oil patch at work while at the same time allowing Canada to meet its commitment to cutting carbon emissions.

“We’ve ponied up big time,” said a second senior source on Friday. “The province can have a role here, too… They can totally be partners in this.”

Both sources were not authorized to speak on the record.

URGING OTTAWA TO DO MORE

The province responded by batting the ball back at the federal government.

The province has already “invested or committed” C$1.8 billion ($1.3 billion) to develop CCS, Puddifant said. Neither the oil and gas companies nor the province have said how much in additional spending is needed.

Over the last decade, the Alberta government has invested in infrastructure including the Quest carbon capture project, operated by Shell (LON:RDSa) and the Alberta Carbon Trunk Line.

Canada has welcomed introduction of the IRA because it puts the United States on a path toward the green transition without penalizing Canada with electric vehicle consumer tax credits only for American carmakers, as had initially been announced.

Finance Minister Chrystia Freeland said this week that she would look to bolster incentives in some areas – without saying which ones – to help industry scale up clean technologies and level the playing field with the United States.

In March, Alberta picked six proposals to move forward on developing a carbon storage hub near Edmonton. Earlier this month, it released a list of 19 other projects chosen to explore developing potential storage hubs, including one by the Oilsands Pathways Alliance to Net Zero, which includes Canada’s biggest oil producers Canadian Natural (NYSE:CNQ) Resources Ltd and Suncor Energy (NYSE:SU).

“We continue to have discussions with both federal and provincial governments about the level of financial support needed to kickstart major CCS investment in Canada,” said Mark Cameron, vice president of external relations for Pathways Alliance.

“The United States… offers financial incentives that are much more generous to build major CCS projects in the U.S. than in Canada,” he added.