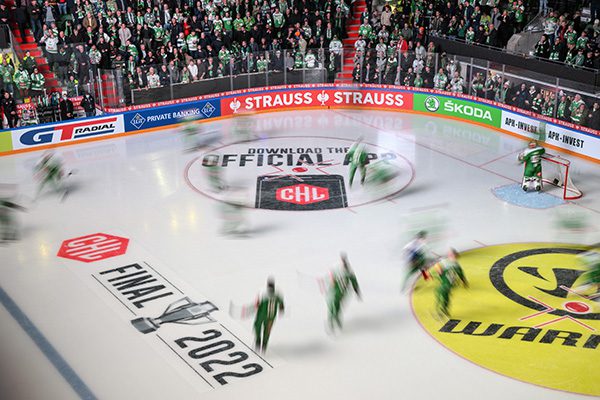 GT Radial has extended its position as Official Tyre Partner of the Champions Hockey League(CHL) into a second season and plans to continue its winning formula with customers and fansalike.

Billed as ‘Europe’s greatest ice hockey competition’, the brand will continue to use the competition to boost awareness across the continent, especially northern, central and eastern countries where the game is a national sport.

Under the terms of the agreement GT Radial will receive advertising at all games, its logo on official media backdrops and on the CHL website, VIP and general access tickets, usage of the CHL emblem, tailored digital activations and on-site promotions.

The company also receives its own branded merchandise including ice hockey jerseys, pucks and a STIGA sports equipment game, and is planning to use all items at its disposal and social media promotion for the enjoyment of customers and fans.

Stefan Brohs, Marketing Director – Europe for Giti Tire, manufacturer of GT Radial, said: “Our first season was a great success, not just across all measurable marketing objectives but the hugely positive response we received at the games. Continuing this winning approach is a positive plan of attack.”

Martin Baumann, CEO for Champions Hockey League, added: “Any partner is only as good as their time and enthusiasm, GT Radial has embraced the CHL and in turn the fans have embraced the brand. They will definitely be more impactful on the event experience going forwards.”

Taking place from September 2022 to February 2023, 32 teams from 13 leagues play a total of 125 matches, giving the brand mass marketing coverage across TV, print, radio and online through both the official CHL website and social media.

Among the activity specific advertising will promote be a direct link between the speed and precision of professional ice hockey and the GT Radial WinterPro2 Sport, its winter tyre dedicated to the UHP market.

When the partnership was originally announced in May 2021, Brohs highlighted “a perfect fit between GT Radial and the CHL, both brands embrace an exciting, dynamic and fast-moving personality and both brands know how to deliver an exhilarating product”.