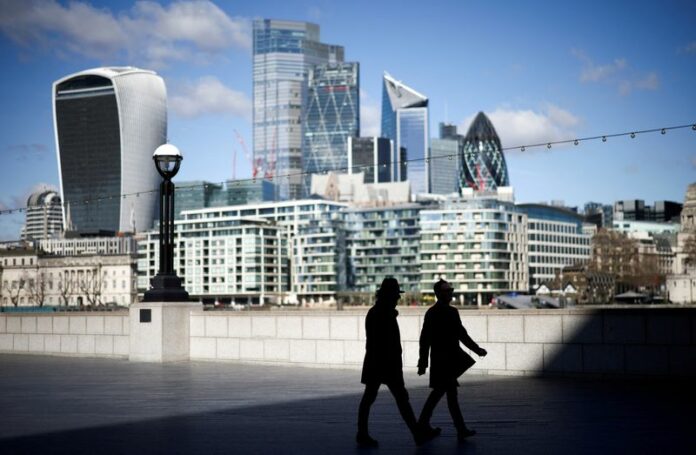 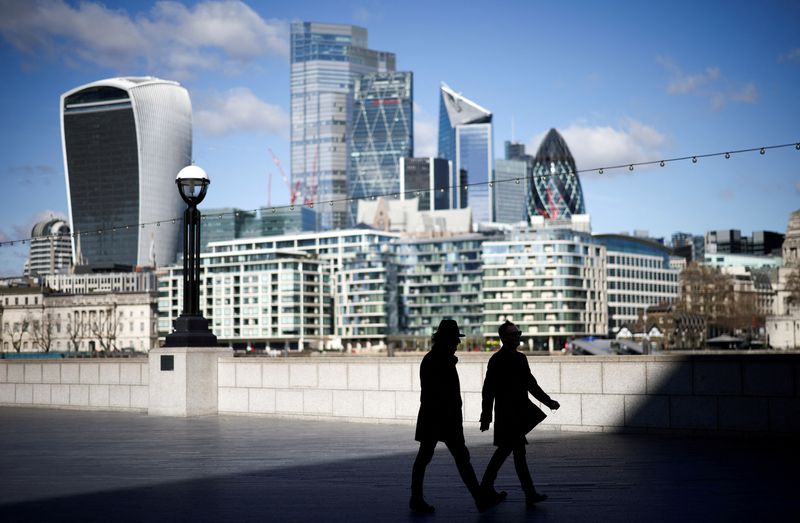 © Reuters. FILE PHOTO: The City of London financial district can be seen as people walk along the south side of the River Thames, amid the coronavirus disease (COVID-19) outbreak in London, Britain, March 19, 2021. REUTERS/Henry Nicholls/File Photo

Moody’s maintained its sovereign rating for the United Kingdom at “Aa3”.

British Prime Minister Liz Truss resigned on Thursday triggering a leadership contest that, coming so soon after the bitter one that put her into power, could deepen divisions in the governing Conservative party.

There was “heightened unpredictability in policymaking amid weaker growth prospects and high inflation,” Moody’s said. The report said there was also “risks to the UK’s debt affordability from likely higher borrowing and risk of a sustained weakening in policy credibility”.

The move sent sterling and bond markets into a tailspin and triggered a political crisis that led to Truss firing Kwarteng, reversing almost all the planned tax cuts and then announcing her own resignation.

New finance minister Jeremy Hunt says he will do “whatever it takes” to restore confidence in Britain’s public finances. He is due to announce a plan on Oct. 31 aimed at bringing down public debt as a share of economic output in the medium term.