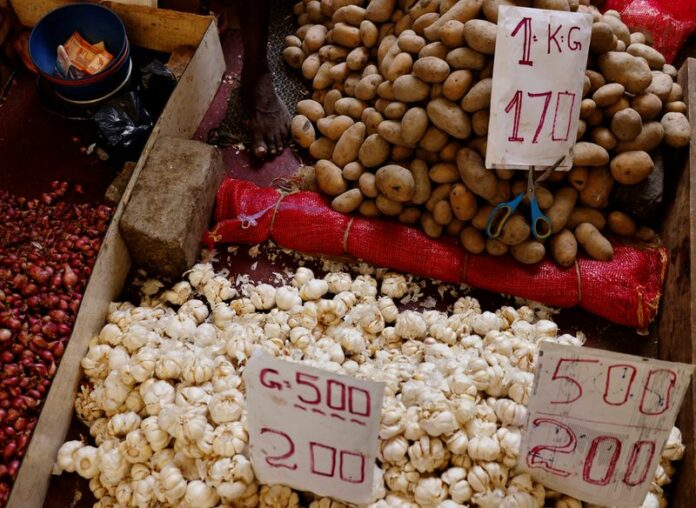 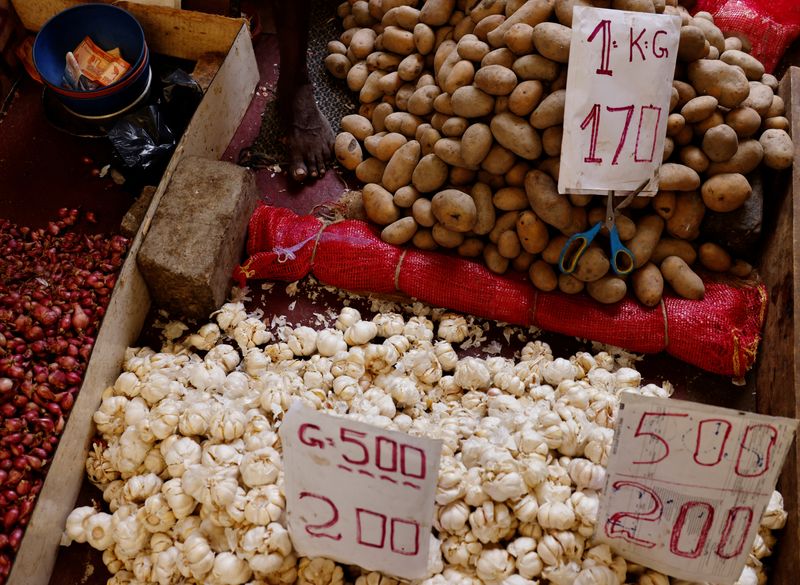 COLOMBO (Reuters) – Sri Lanka’s National Consumer Price Index (NCPI) rose to a new high of 73.7% in September from a year earlier, quickening from 70.2% in August, the statistics department said.

Annual food price inflation picked up to 85.8% from 84.6% in August, while prices of non-food items rose 62.8%. Sri Lanka’s Central Bank Governor Nandalal Weerasinghe predicted earlier on Thursday that inflation in the island nation is peaking, with price rises likely to ease this month.

The NCPI captures broader retail price inflation and isreleased with a lag of 21 days every month. The more closely monitored Colombo Consumer Price Index(CCPI), released at the end of each month, rose69.8% in August. It acts as a leading indicator for nationalprices and shows how inflation is evolving in Sri Lanka’sbiggest city.

But the higher than expected inflation numbers are unlikely to push the central bank to increase rates next month, analysts told Reuters.

“Tariff increases for power and water implemented in August has spilled over into September along with a tax hike for telecommunications,” said Dimantha Mathew, head of research for Colombo-based investment firm First Capital, giving reasons for the inflation spike.

“However, the central bank is unlikely to increase rates as the economy is cooling down and we expect to see the pace of inflation slowing down from October.”

Sri Lanka is planning to increase direct taxes to reduce the deficit in its upcoming budget for 2023 and put the economy on a more stable footing, President Ranil Wickremesinghe said.

An acute dollar shortage, caused by economic mismanagement and the impact of the COVID-19 pandemic, has left Sri Lanka struggling to pay for essential imports including food, fuel, fertiliser and medicine.

In September, the country reached a preliminary deal with the International Monetary Fund for a loan of about $2.9 billion, contingent on it receiving financing assurances from official creditors and negotiations with private creditors.