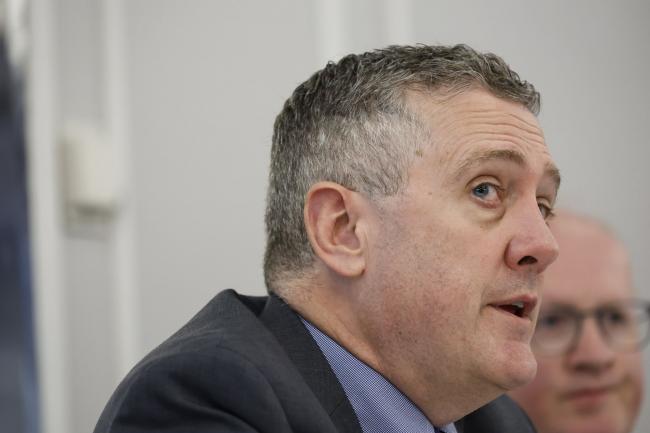 &copy Bloomberg. James Bullard, president and chief executive officer of the Federal Reserve Bank of St. Louis, speaks during the Reinventing Bretton Woods Committee conference on the sidelines of the annual meetings of the International Monetary Fund (IMF) and World Bank Group in Washington, DC, US, on Saturday, Oct. 15, 2022. The IMF this week warned of a worsening outlook for the global economy, highlighting that efforts to manage the highest inflation in decades may add to the damage from the war in Ukraine and China’s slowdown.

“The job market is extremely strong,” Bullard said Friday in a Wharton Business interview on SiriusXM radio. “That gives the Fed some leeway to fight the inflation problem now while we can” and get inflation back to the 2% target “relatively quickly.”

The Fed is expected to raise interest rates by 75 basis points at the Nov. 1-2 meeting, its fourth straight increase of that size as central bankers seek to cool inflation. Investors also bet they will do the same again in December, with markets seeing rates reaching 5% next year.

Bullard, a voting member of the Federal Open Market Committee this year, has been among the most hawkish of Fed officials over the past year and dissented at the March meeting in favor of a larger rate hike. He was the first to publicly suggest hikes of 75 basis points, which have become routine this year as part of the inflation fight.

US core consumer prices, which strip out food and energy, rose 6.6% in September from a year ago, the highest level since 1982, according to a Labor Department report published last week. That continues a worrying pattern for policymakers after the gauge accelerated in August as well.