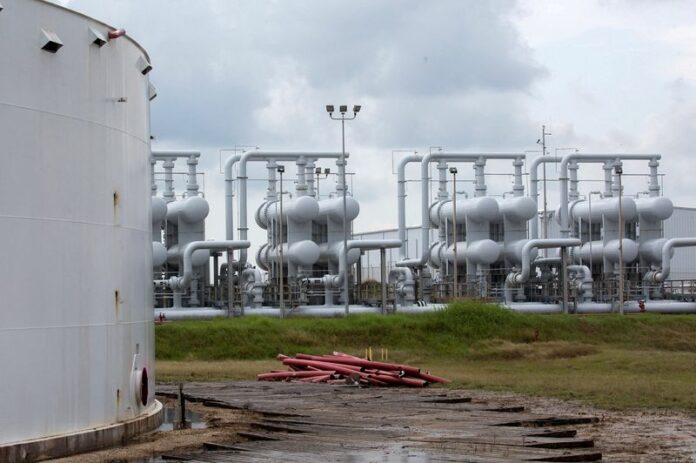 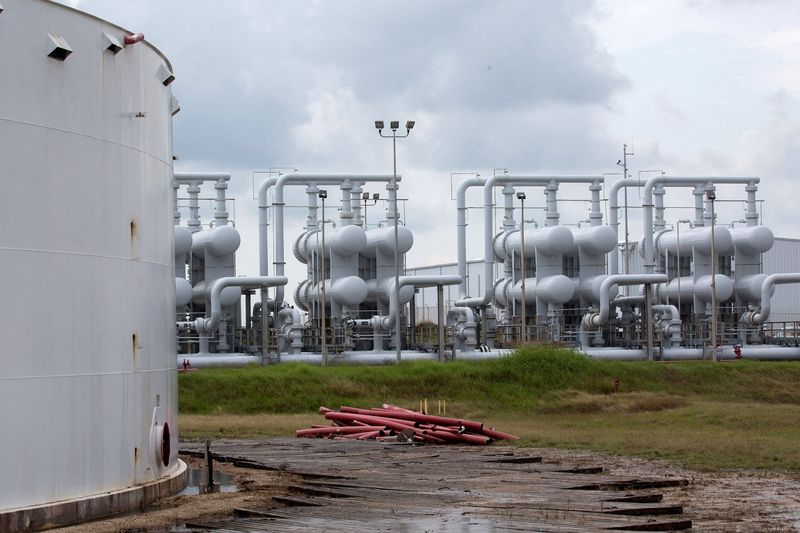 © Reuters. FILE PHOTO: An oil storage tank and crude oil pipeline equipment is seen during a tour by the Department of Energy at the Strategic Petroleum Reserve in Freeport, Texas, U.S. June 9, 2016. REUTERS/Richard Carson

(This Oct. 21 story has been refiled to fix the spelling of CEO’s first name to “Trisha” instead of “Tricia” in paragraph 3)

By Arathy Somasekhar and Stephanie Kelly

(Reuters) – U.S. shale oil executive Matt Gallagher this week took a poll on Twitter to gauge sentiment toward President Joe Biden’s offer to stock the U.S. emergency oil reserve at prices around $72 a barrel, to give producers an incentive to drill more.

The result: nearly 80% of respondents said they did not expect oil futures next year will fall to a level that would trigger any U.S. purchases – negating any boost from what analysts called the “U.S. put,” or using proposed Strategic Petroleum Reserve buys to set a minimum price for new oil production.

“That announcement was making it appear like he was throwing a bone to the oil industry,” said Trisha Curtis, CEO of consultancy PetroNerds, who dismissed the offer.

“What if oil does not fall to that price: Do we just keep our reserves low?” she asked.

The release of the last of a 180 million barrel sale coupled with a repurchase price was Biden “trying to walk a fine line between supporting his green base and trying to lower fuel prices. And he did neither,” said Curtis.

A U.S. Department of Energy spokesperson was not immediately available to comment.

Oil is now selling for about $85 a barrel and the about $70 offer “is a price where there is no supply growth,” said Abhiram Rajendran, a director at consultancy Energy Intelligence.

U.S. oil prices hit $120 per barrel this year and did not trigger a production boom because of shortages and high costs for labor and equipment, said Hunter Kornfeind, oil market analyst at Rapidan Energy Group.

Rebecca Babin, senior energy trader at CIBC Private Wealth, said tight oil supplies have pushed up price expectations into 2024. But that occurred apart from the SPR offer, she said.

Oil-futures through mid- to late-2024 are trading about $72 a barrel, meaning oil producers can lock in the sales price of future production around the level set for SPR purchases, said Kornfeind.

If the Biden administration wants to boost oil supplies, it “should change its policies around producing more oil and gas in the United States,” said Frank Macchiarola, a senior vice president at trade group American Petroleum Institute.