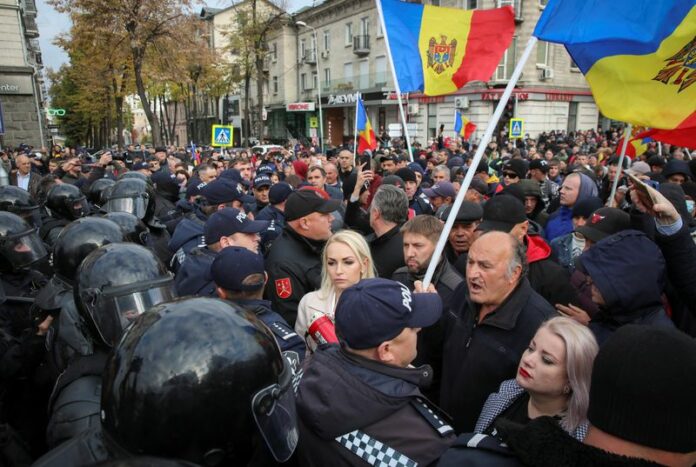 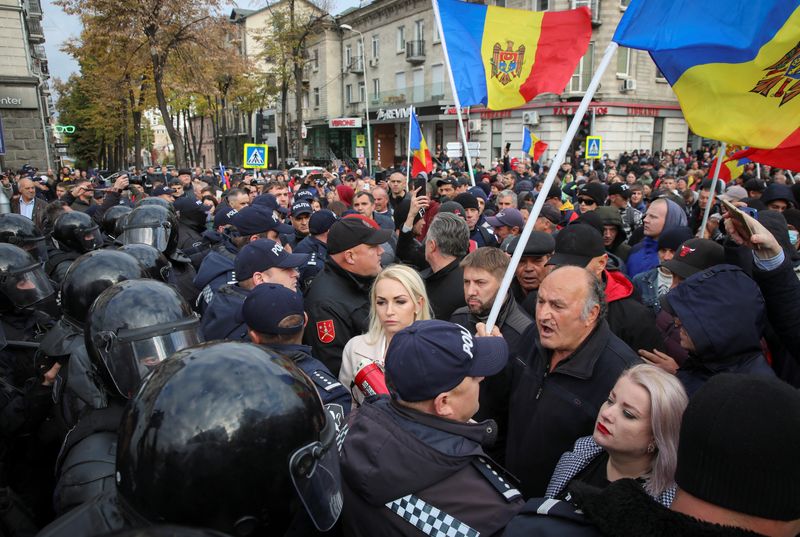 About 7,000 demonstrators decried steep price increases, particularly for gas bought from Russia. They called for the resignation of President Maia Sandu and her government.

The protests, organised by the party of exiled opposition politician Ilan Shor, underscore the most serious political challenge to Sandu since her landslide election win in 2020 on a pro-European and anti-corruption platform.

But Sandu and her government, backed by a big parliamentary majority, appear in little danger of falling for the moment in what is one of Europe’s poorest countries wedged between Ukraine and European Union member Romania.

Demonstrators converged on Chisinau’s central square in four columns but police kept them well away from the parliament and the president’s residence.

Three smaller parties, including Moldova’s Communists, joined in the protest for the first time. Activists set up an encampment of several dozen tents by the prosecutor’s office, five days after police removed without incident a much larger camp outside parliament.

Shor, convicted of fraud in connection with a $1 billion bank scandal, appealed to protesters by Skype from Israel to press for early elections “so that people will come to power capable of making life easy for Moldovagaz”.

That was a reference to Moldova’s difficulties in securing and paying for gas from Gazprom (MCX:GAZP) – the government complained last week that the Russian giant had refused to say what volume of supplies it would provide next month.