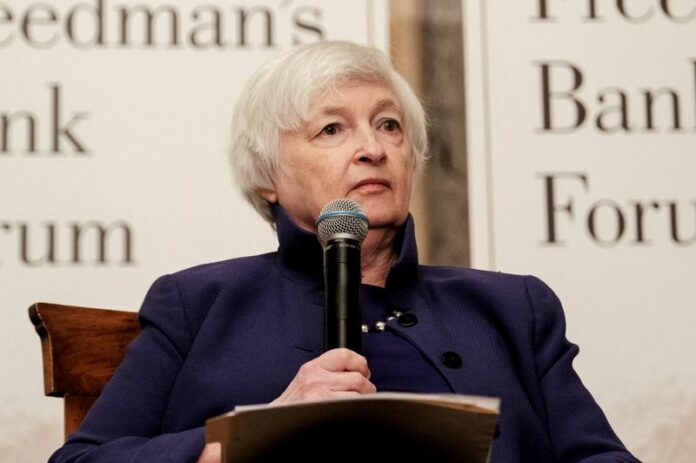 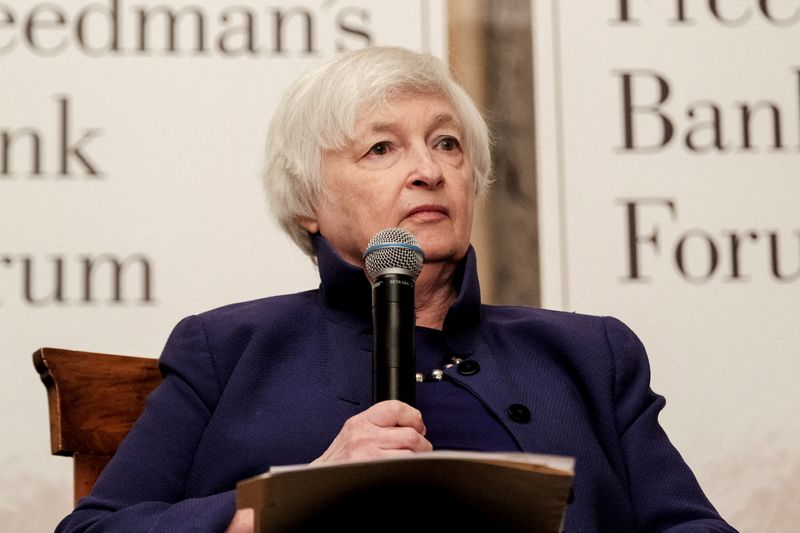 Yellen, speaking to reporters at a technology business incubator near Dulles International Airport, said she sees no signs of higher inflation expectations over the medium term being built into wages and prices.

Yellen said the report showed more work was needed to bring inflation down, but there also were some early signs of producer costs easing, in metrics such as supplier deliveries and shipping costs, which “would feed into lower inflation over time.”

In another campaign-style economic speech at the Virginia Innovation Partnership Corp, Yellen said investments such as President Joe Biden’s $430 billion energy and health legislation would reduce some costs for Americans and bring down inflation over time by increasing the U.S. economy’s productive capacity.

Touting the $52 billion CHIPS and Science Act, Yellen said this will help to reverse a research investment deficit that has put the United States at risk of losing its technology lead to China and other competitors.

“Our government’s failure to invest in innovation has had wide-ranging impacts on our long-term economic well-being. At the most fundamental level, it impacted our productive capacity. That’s the ceiling for what our economy can produce,” Yellen said.

By one measure, the chips shortage of 2021 shaved about a full percentage point off of economic growth, as production of cars and other goods was constrained, Yellen said, adding that there is little U.S. capacity for the most advanced semiconductors.

Building a semiconductor ecosystem at home will help mitigate the risks of a severe chip shortage,” she said.

Mobilizing capital toward semiconductors and clean energy, through a recently enacted climate and drugs package and boosting research and development will raise the U.S. economy’s aggregate production capacity.

“And in turn, we are raising America’s long-term economic outlook,” Yellen said.