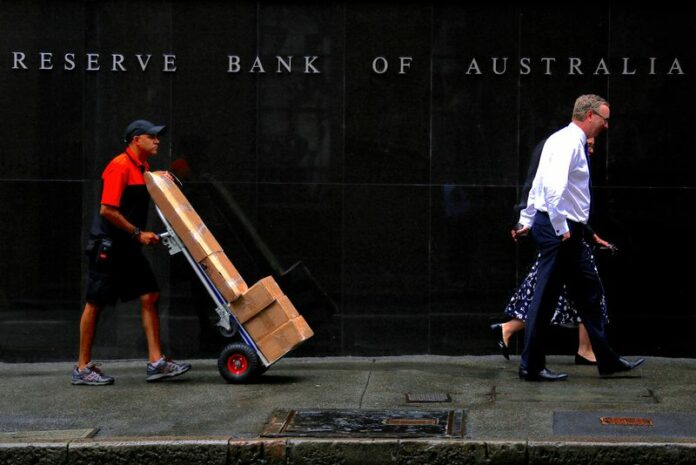 SYDNEY (Reuters) -Australia’s Labor government will unveil its first budget on Tuesday as economic growth slows both at home and abroad, emphasizing its spending will focus on easing the cost-of-living crisis without lighting a fire under already high inflation.

Keen to avoid Britain’s recent mini-budget debacle, Treasurer Jim Chalmers has said officials have worked to ensure fiscal and monetary policies are aligned in the budget to support the Reserve Bank of Australia’s fight against soaring inflation.

“This budget will be solid, sensible and suited for the times. It will recognise that in a time of extreme global uncertainty, our best defence is a responsible budget at home,” Chalmers told reporters in Canberra on Tuesday.

“It will understand that even though these economic pressures are coming at us from around the world, they’re felt most acutely around the kitchen table,” he said, adding taming inflation will be his primary focus.

Chalmers is expected to reveal just over A$40 billion ($25 billion) in improvements to the budget bottom line over four years, Australian media reported. The treasurer’s office did not immediately respond to a request seeking comment.

Chalmers, in an interview with ABC Radio Brisbane on Monday, reiterated that fiscal prudence will underpin his spending plans and that though there would be cost-of-living relief in the budget, he said it would be “pretty responsible, pretty restrained.”

He warned recently that a slowing global economy, in particular the sputtering Chinese property sector, will hit growth in Australia which is enjoying its lowest unemployment rate since the 1970s.

Domestically, the slackening growth also reflects the worldwide phenomenon of sky-high inflation rates, which have cut into household spending and overall consumption.

The budget deficit will be much smaller than first feared thanks to high prices for many of Australia’s major commodity exports and a surprisingly strong labour market.

Analysts are tipping the 2022/23 deficit will range from A$25 billion to A$45 billion, or around 1-1.5% of gross domestic product and relatively frugal by international standards.