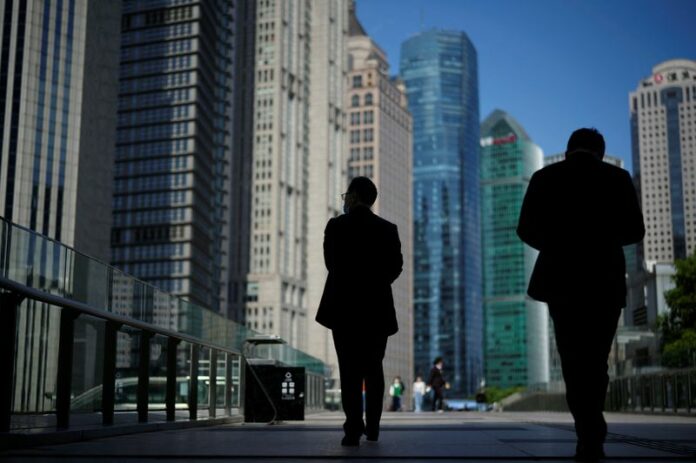 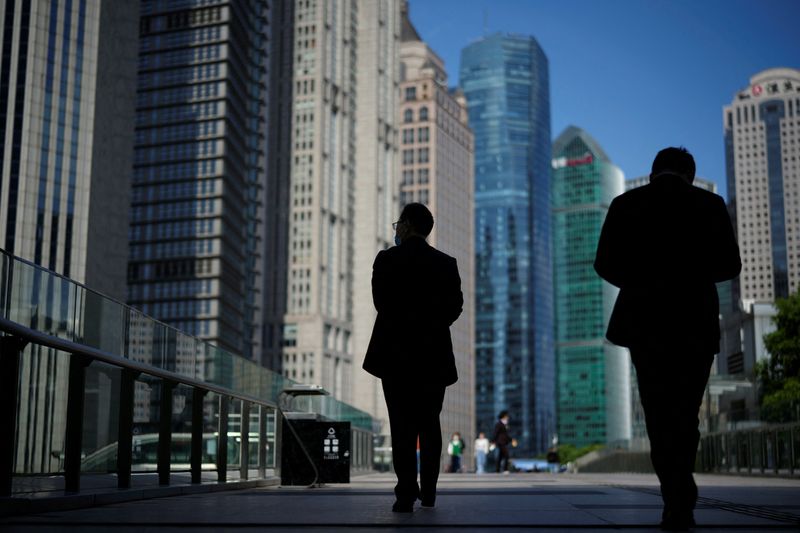 BEIJING (Reuters) -China’s economy rebounded at a faster-than-expected pace in the third quarter, but strict COVID curbs, a deepening property crisis and global recession risks are challenging Beijing’s efforts to foster a robust revival over the next year.

Gross domestic product (GDP) in the world’s second-biggest economy rose 3.9% in the July-September quarter year-on-year, official data showed on Monday, above the 3.4% pace forecast in a Reuters poll of analysts, and quickening from the 0.4% pace in the second quarter.

The data was originally scheduled for release on Oct. 18 but was delayed until after the Communist Party Congress which took place last week and saw Xi Jinping secure a precedent-breaking third leadership term and introduce a governing body stacked with loyalists.

Despite the rebound, the economy is facing challenges on multiple fronts at home and abroad. China’s zero-COVID strategy and strife in its key property sector have exacerbated the external pressure from the Ukraine crisis and a global slowdown due to interest rate hikes to curb red-hot inflation.

A Reuters poll forecast China’s growth to slow to 3.2% in 2022, far below the official target of around 5.5%, marking one of the worst performances in almost half a century.

On a quarterly basis, GDP rose 3.9% in the third quarter, versus a forecast 3.5% gain and a 2.6% decline in the previous quarter.

Policymakers had rolled out over 50 economic support measures since late May, seeking to bolster the economy to ease job pressures, even through they have played down the importance of hitting the growth target, which was set in March.

New bank lending in China nearly doubled in September from the previous month and far exceeded expectations, thanks to central bank efforts to revive the economy.

Separate data showed industrial output in September rose 6.3% from a year earlier, beating expectations for a 4.5% gain and 4.2% in August.

But retail sales remained weak, rising 2.5%, worse than expectations for 3.3% rise and 5.4% growth in August.