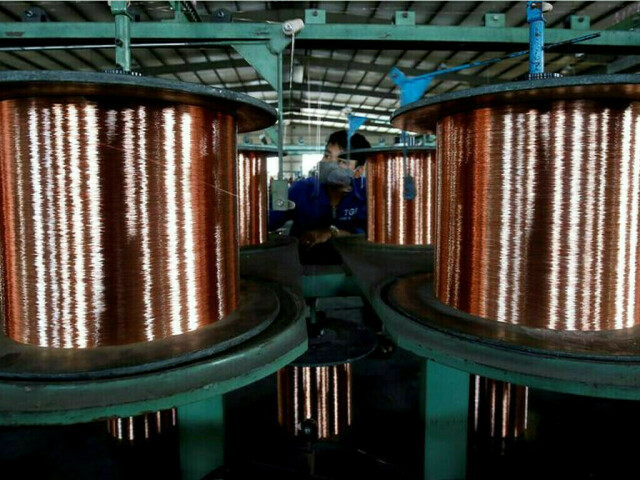 BEIJING: China imported 25.6% more copper in September than in the same month a year earlier, with demand expected to benefit from more planned state spending on infrastructure to offset the slowing economy of the world’s top metal consumer.

Unwrought copper and copper product imports into China – including anode, refined, alloy and semi-finished copper products – totalled 509,954.1 tonnes in September, data from the General Administration of Customs showed on Monday.

That was up 2.4% from 498,188.60 tonnes in August. September and October traditionally see a pickup in metals demand as industry ramps up after summer maintenance.

Anticipated growth in China’s demand for copper needed for infrastructure projects was reflected in the Shanghai futures market’s premium over London futures.

In September, financial hub Shanghai announced investment plans in infrastructure worth 1.8 trillion yuan ($248.16 billion), to spur economic growth after the city was hit hard by COVID-19 lockdowns in April and May.

Earlier in August, China’s State Grid said it planned to invest more than 150 billion yuan ($22 billion) in the second half of 2022 in ultra high voltage (UHV) power transmission lines.

Aside from firm demand, the market in China is also encountering supply tightness, partly due to lower-than-expected domestic output power curbs ordered in some parts of China during the summer heatwave.

Liquidity issues at Maike Group, China’s top copper importer, also caused some tightness in the market, according to analysts and participants in the market.

The firm market fundamentals in China contrasted with that in the rest of the world where demand has remained subdued.

Three-month copper prices on the London Metal Exchange averaged at $7,560 a tonne in September, the lowest since November 2020. The most-traded November copper contract on ShFE averaged at 61,070 yuan ($8,419.38) a tonne last month.