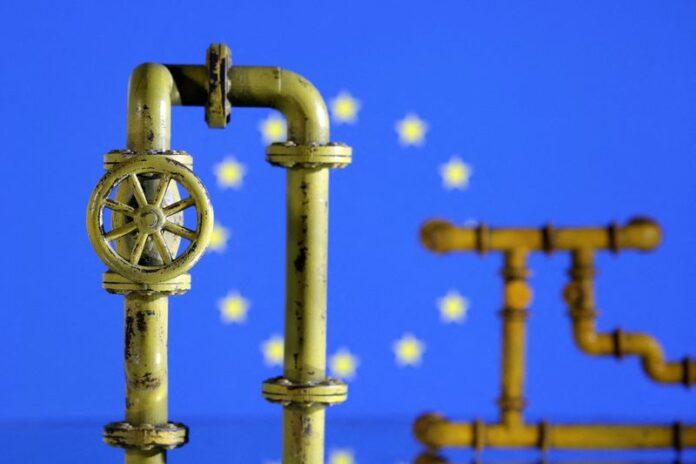 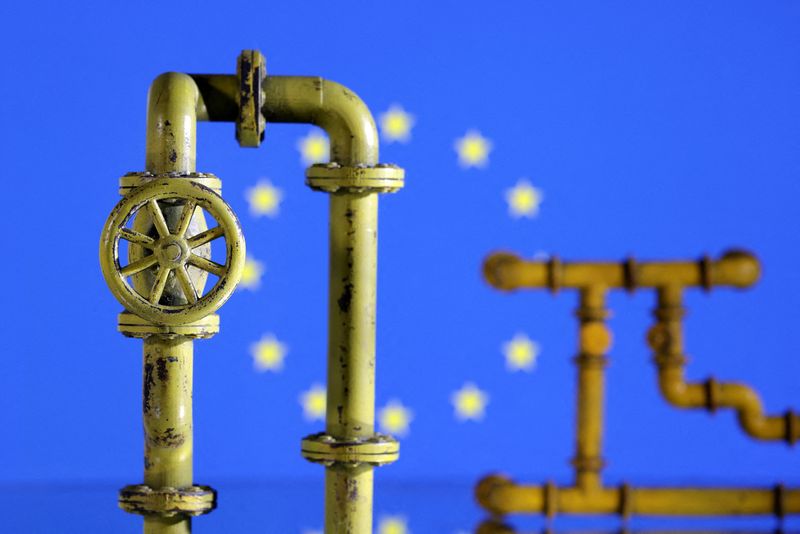 BRUSSELS (Reuters) – The European Commission has warned countries that an EU-wide cap on the price of gas used to produce electricity could cause an increase in gas use and exports of EU-subsidised electricity, according to a document seen by Reuters.

European Union countries’ energy ministers meet on Tuesday to discuss options to cap EU gas prices, with countries still split over whether and how to do this after discussing it for weeks.

The document shows that the Commission shared with countries an analysis of a price cap for gas used to produce power – a scheme that Spain and Portugal launched this summer after Russia’s invasion of Ukraine and subsequent cuts to EU gas supplies pushed up energy costs.

Rolling this out EU-wide – an idea France has championed – could see gas EU demand rise by up to 9 billion cubic metres, the document said.

It would also require measures to prevent the resulting cheaper electricity from flowing to non-EU countries like Britain and Switzerland that do not have the price cap, the document said.

Germany and the Netherlands have warned that price caps to make gas cheaper could cause a spike in consumption at a time when countries are racing to save fuel and replace Russian deliveries. Russia supplied 155 billion cubic metres of gas to the EU before the invasion.

The Commission said if market gas prices were 180 euro per megawatt hour for a year, the scheme could yield a net benefit of 13 billion euros ($12.8 billion) and help to tame inflation – but that the benefits would not be evenly spread. Gas prices have tumbled far below that level in recent days, amid mild weather and brimming storage tanks.

France – a net importer of gas-fuelled electricity – would be the biggest beneficiary of the power sector gas price cap, the document said.

Germany, the Netherlands and Italy, who produce significant volumes of gas-fuelled power, would face the highest costs to fund the scheme, said the document, which did not specify how the EU-wide mechanism would be financed.