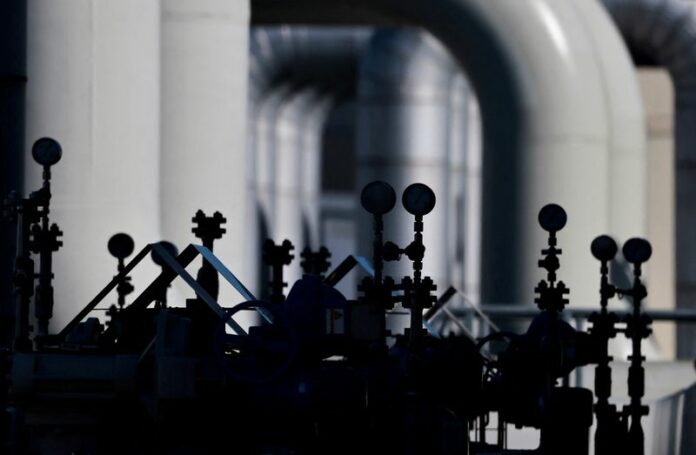 Investing.com — European natural gas futures slumped again in early trading in Europe on Monday after forecasts of warmer-than-usual weather over the next week for most of the continent.

The main driver for the move was weather forecasts suggesting that temperatures in continental Europe will be between 4 and 8 degrees Celsius warmer than the seasonal average this week, implying lower demand and allowing importers to continue injecting surplus gas into storage.

A mild start to the winter heating season, coupled with aggressive buying of liquefied natural gas on spot markets, has allowed Europe to fill its storage facilities ahead of schedule, easing the pressure created by Russia’s effective shipment stop.

As of Sunday, EU storage facilities were 93.4% full, with the continent’s two biggest markets, Germany and Italy, recording even higher levels.

The lack of storage availability is forcing spot prices to fall sharply to clear the market, said Saxo Bank analyst Ole Hansen via Twitter, warning of a risk of a “short-term price collapse”.

However, longer-dated contracts indicate that markets expect the current weakness to be short-lived. TTF prices for the first quarter of next year still trade at 144.64 EUR/MWh, while prices for the whole 2023 calendar year trade at 142.43 EUR/MWh. That reflects the fact that, if the war in Ukraine continues, Europe is likely to face a full year without Russian gas next year, forcing it to make bigger, and more regular, purchases on the spot market throughout 2023.

Moreover, “LNG cargo owners know that winter is just around the corner,” argued Alexander Stahel of Swiss-based consultancy Burggraben. As such, he noted, they are parking LNG tankers offshore waiting for colder temperatures to pump up demand and free up storage capacity, rather than redirect them to other markets. This is tightening the global market considerably, Stahel said.