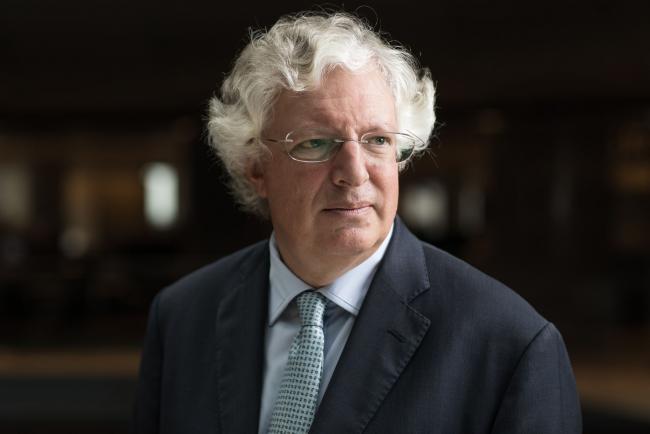 &copy Bloomberg. Guy Hands, chairman of Terra Firma Capital Partners, poses for a photograph following a Bloomberg Television interview in London, U.K., on Monday, April 8, 2019. Hands reflected on his failed investment in British music company EMI Music Group and also spoke about how he would run the U.K. if it was a company.

(Bloomberg) — A leading financier has warned that the UK is “on a path to be the sick man of Europe” and risks needing an IMF bailout unless the government is prepared to renegotiate the terms of its exit from the European Union.

Guy Hands, the co-founder and chair of Terra Firma Capital Partners and a long-term Conservative supporter, said on the BBC’s Today program Monday that the UK economy is “frankly doomed” unless the Conservatives pick a leader who “has the intellectual capability and the authority to renegotiate Brexit.”

Hands, who backed the Remain side in the 2016 referendum, said that the present Brexit deal only worked under the “extreme Thatcherism” of low taxes and low benefits, which “the British people have never voted or even shown any inclination to vote for.”

Politicians should recognize that the current Brexit deal is “completely hopeless and will only drive Britain into a disastrous economic state.”

Failure to do so would likely lead to a higher taxes and interest rates and lower social services, and eventually a bailout from the IMF, Hands said.