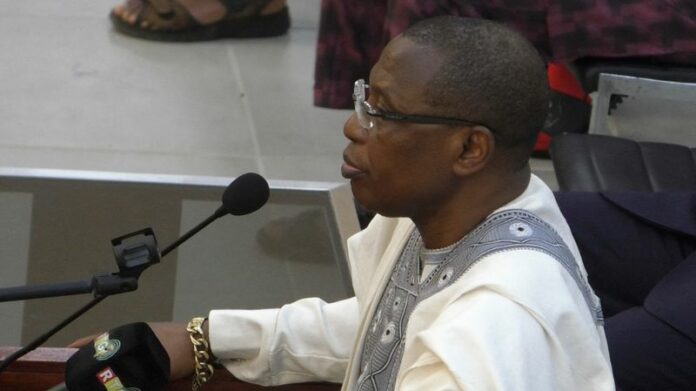 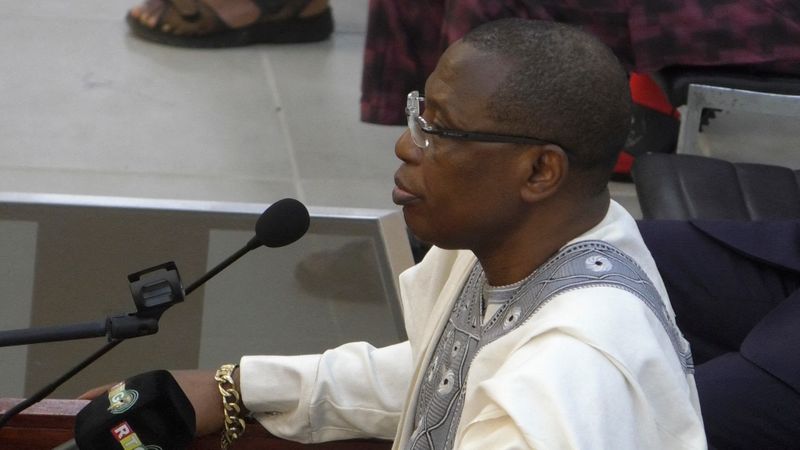 © Reuters. FILE PHOTO – Guinea’s former President Moussa Dadis Camara, who is accused of responsibility for the 2009 massacre and mass rape of pro-democracy protesters by forces linked to a former military junta, talks during his trial in Conakry, Guinea September 2

CONAKRY (Reuters) – The former aide-de-camp of Guinea’s ex-military ruler Moussa Dadis Camara told a court on Monday that Camara had planned and ordered the 2009 stadium massacre of more than 150 people.

“Everything that happened at the stadium was prepared by President Dadis. It was the children of Kaleah (a military training camp) who descended on the stadium,” said Lieutenant Aboubacar Sidiki Diakite, sometimes known as “Toumba.”

Camara has not yet testified in the trial, which opened on Sept. 28. He has previously denied responsibility for the incident, blaming it on errant soldiers including Diakite.

Diakite and Camara are among 11 men standing trial for the massacre on Sept. 28, 2009 in Conakry, when tens of thousands of pro-democracy demonstrators came out to pressure Camara not to stand for election as president of Guinea the following year.

Many were shot, stabbed, beaten or crushed in a stampede as security forces fired teargas and charged the stadium. At least a dozen women were raped by security forces, prosecutors say.

Diakite shot Camara in the head in an assassination attempt later that year and said he did it because Camara had cast the blame on him for the massacre, a claim he repeated on Monday.

In his testimony, Diakite gave details about how the massacre was allegedly planned.

He said that 250 to 300 new military recruits, some armed with machetes and knives, were brought to Conakry by people close to Camara to infiltrate the demonstration.

Diakite said that he had tried to convince Camara to let the police and gendarmes handle the situation as it was unfolding, but that Camara was in a rage and gave orders to his men to “crush” the protesters.

Camara is expected to give his own version of events when he testifies in coming days.