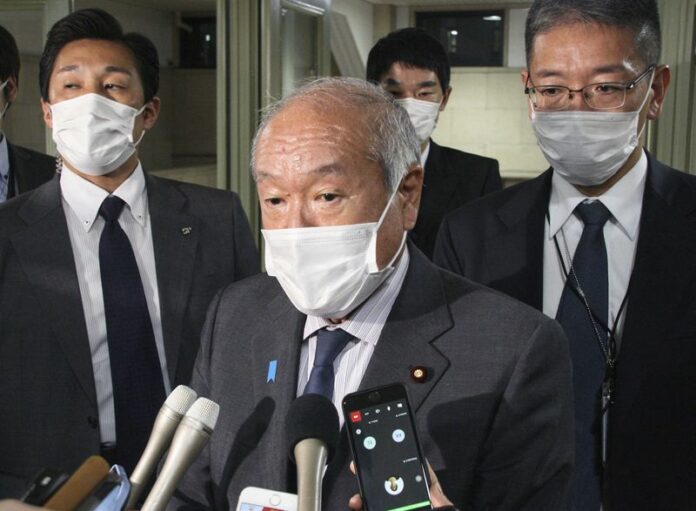 TOKYO (Reuters) – Japanese Finance Minister Shunichi Suzuki said on Tuesday there was no policy contradiction between his ministry’s yen-buying to support the currency and the Bank of Japan (BOJ) printing money to sustain its ultra-loose monetary policy.

“Monetary easing aimed at sustainable and stable price hikes including wage growth, and currency intervention in response to excessive market moves, are different in terms of policy objectives, and thus they are not contradictory,” Suzuki said.

The central bank’s policy was aimed at achieving price stability, not targeting currencies, he said.

Suzuki made the remarks at a news conference when asked whether the BOJ’s monetary easing may cause excessive yen weakening and whether the policy mix between the government and the central bank was having the intended effects.

The BOJ is set to maintain ultra-low interest rates at its two-day policy meeting ending on Friday to support the fragile economy, even at the cost of accelerating an unwelcome fall in the yen to new 32-year lows.

Policymakers have voiced concerns about the impact of a weak yen on living costs. And investors regard the BOJ as an outlier for pursuing ultra-low rates while central banks elsewhere have raised rates to combat soaring inflation.

Japan has been conducting yen-buying interventions to defend the yen against sharp declines, which have been driven by the widening divergence between Japanese and U.S. interest rates.

Japan likely spent up to 900 billion yen ($6 billion) on its second straight day of suspected currency intervention on Monday, bringing total yen-buying since last month to as much as 9.2 trillion yen, market estimates show.

Authorities’ so-called stealth intervention in rapid succession has underscored their resolve to fight what they have characterised as “intolerable and speculative” yen-selling, although the impact has proved short-lived.

IN TOUCH WITH U.S.

Japanese authorities are in constant touch with U.S. counterparts and stand ready to take appropriate action in the currency market against volatile yen moves, Suzuki said.

The minister repeated that the government would not tolerate excessively volatile yen moves driven by speculative trading.

Japan and the United States have reaffirmed a Group of Seven (G7) agreement on currencies, Suzuki said, adding that he and Yellen both believed currencies should be set by markets.

“If we leave unattended sharply volatile currency moves, driven by speculative trading, that would affect companies and households,” Suzuki said.

He also said Japan’s yen-buying intervention was aimed at smoothing market volatility, signalling that Tokyo was not targeting a specific currency level in deciding when to step into the market to buy yen.