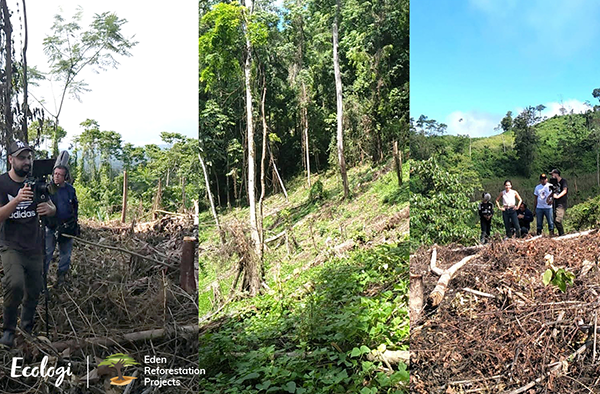 Over 35,000 Trees Planted by Oak Tyres and Ecologi

Independent tyre wholesaler Oak Tyres has planted over 35,000 trees globally and offset nearly 2,400 tonnes of carbon emissions – the equivalent of 1,842 flights or 5,954,400 miles in a car – in its continued journey to becoming the first climate positive tyre wholesaler.

The environmental projects which Oak Tyres have helped fund include the first ever wind power project in Honduras, providing renewable energy to the community as well as clean water for 2,000 local people. And in Mexico, a wind power project to prevent the emissions of 245,015 tonnes CO2e on average every year that is operational, as well as improving education and health services in the local area too.

Across the world there are numerous tree planting projects also being supported in locations such as Madagascar and Mozambiquewhich aim to provide shelter, shade and food for many species to encourage plants and animals to return to areas where they used to live.

Peter Cross, Oak Tyres’ Commercial Manager, said: “It is great to see the progress and impact we are making with our partnership with Ecologi. We are now only 600 tonnes of carbon off our first target to fully offset our fleet’s CO2 emissions this year and look forward to hitting that milestone in the near future.

“The impact of what we have done so far is exactly why we started this partnership. Not only have we helped set up the first ever wind power project in Honduras, we’re helping communities around the world too. When you look at what 1,800 tonnes of CO2 is equivalent to, it really makes you think.

“It is great to see we are closing in on the target and have been a part of some great projects within just the first 12 months. We’re proud to play a part in making positive environmental changes.”

To find out more about Oak Tyres’ progress, visit https://ecologi.com/oaktyres.