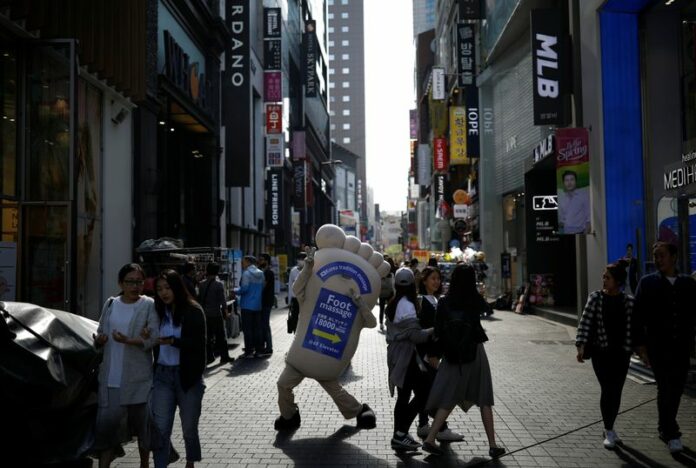 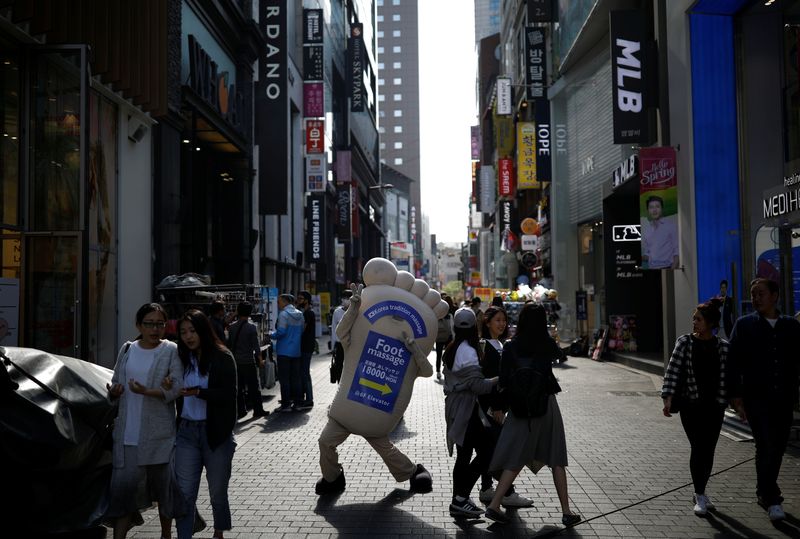 BENGALURU (Reuters) – South Korea’s economy likely slowed to a near halt in the third quarter as weakening exports and rising interest rates knocked the wind out of what had been a resilient run, a Reuters poll of economists found.

The export-led economy was expected to have expanded a seasonally-adjusted 0.1% last quarter, according to the median forecast of 21 economists, a sharp slowdown from the 0.7% quarterly growth in April-June.

Three economists forecast an outright contraction and two expected the economy to flatline.

On an annual basis, gross domestic product (GDP) likely expanded 2.8%, according to the median forecast from 22 economists polled Oct. 20-24, down from 2.9% in the second quarter.

The data will be published on Oct. 27.

“GDP growth is likely to have been slower in 3Q22 compared with 2Q22, mainly due to the slowdown in consumption. The weakness in exports and manufacturing production is likely to have continued amid the deterioration in the global economic outlook,” noted Oh Suktae, economist at Societe Generale (OTC:SCGLY).

“GDP growth should remain sluggish, at least in the near term, with consumption growth normalising from the post-pandemic recovery and the export and investment environments likely to remain weak.”

Exports in Asia’s fourth-largest economy grew at the slowest pace in nearly two years in September and were expected to weaken further with growing fears of global recession and an economic slowdown in China, the country’s largest trade partner.

That, along with the Bank of Korea’s (BOK) aggressive interest rate hikes to curb decade-high inflationary pressures, will weigh on the economy. In October, the BOK raised its benchmark interest rate by 50 basis points to 3.00%.

The central bank has hiked rates by a cumulative 250 basis points already in this cycle.

According to a separate Reuters poll, growth is forecast to average 2.6% this year and ease to 1.9% next year.