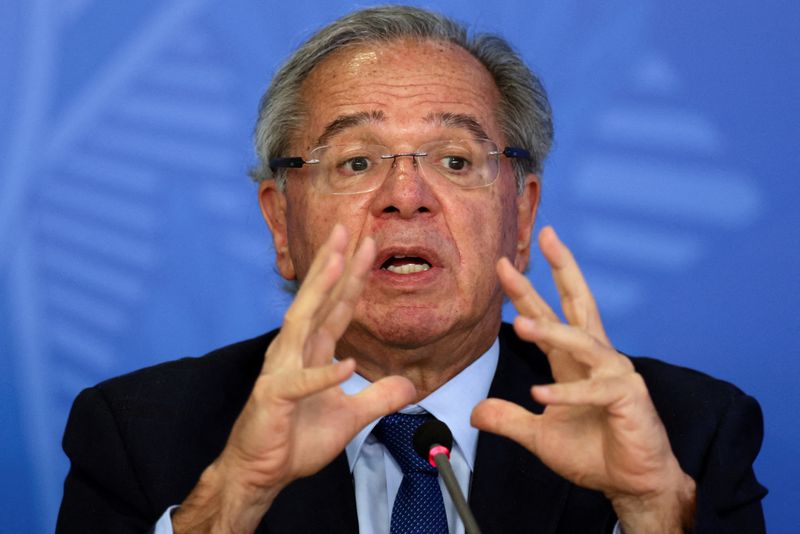 The remarks, made at a virtual event on cooperativism, took place ahead of an Oct. 30 presidential election runoff vote in which right-wing Bolsonaro trails former leftist President Luiz Inacio Lula da Silva in polls.

On Tuesday, the O Estado de S. Paulo newspaper reported on Tuesday that studies by the ministry proposed abolishing the ability to deduct medical and education expenses from income tax. Such a measure would mainly affect the middle class.

In both cases, Guedes acknowledged the existence of internal studies but attributed their preparation and leakage to Lula’s Workers Party (PT) members who work in the ministry.

“On the eve of elections, they leak studies that were discarded,” he said.

PT did not immediately respond to Reuters’ request for comment.

The minister stressed that Bolsonaro’s administration wants to approve a tax reform that reduces the burden on the poorest and taxes profits and dividends.

Later on Tuesday, the Economy ministry said in a statement that supposed studies, analyses, essays and opinions produced by the technical areas of the cabinet could not be “incorrectly taken as proposals from the ministry or the minister.”