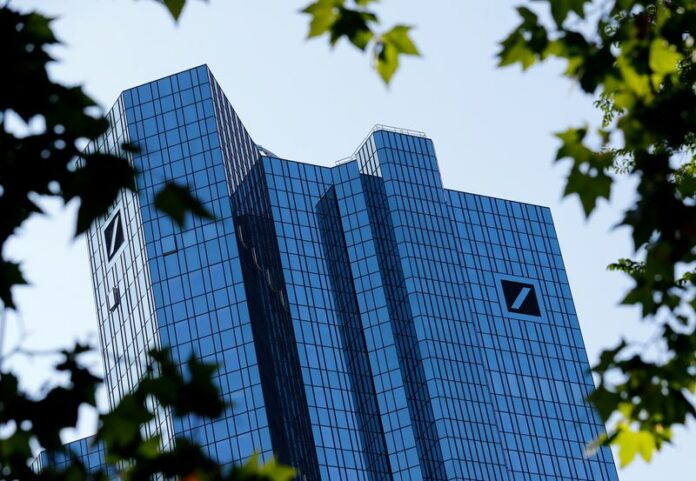 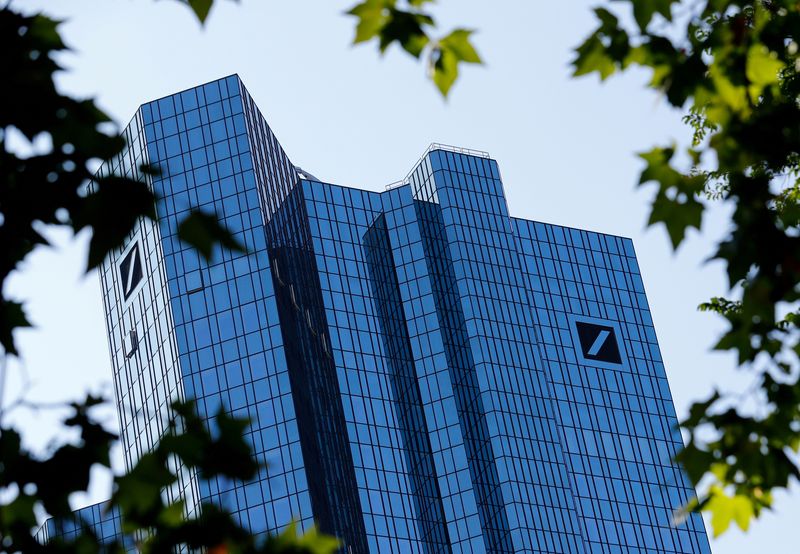 By Tom Sims and Marta Orosz

FRANKFURT (Reuters) – Deutsche Bank (ETR:DBKGn) on Wednesday posted a better-than-expected jump in third-quarter profit as a trading boom at its investment bank offset a nosedive in dealmaking, but executives highlighted risks to the economy in the months to come.

Despite its ninth consecutive quarter of profit after years of losses Germany’s largest lender warned of an “increasingly challenging” environment and “intensified” cost pressures.

This year the bank and its chief executive Christian Sewing aim to deliver on targets set out in a costly overhaul launched in 2019.

The results come amid a week of earnings reports by major lenders across Europe, where investors are watching for signs that a weaker economy will hurt business.

Net profit attributable to shareholders was 1.115 billion euros ($1.11 billion) versus 194 million euros a year earlier, and better than analyst expectations of about 835 million.

Shares were up 1% in early trade, though they are down 15% so far this year.

“We have significantly improved Deutsche Bank’s earnings power and we are well on track to meet our 2022 goals,” Sewing said.

At the same time, Sewing will warn analysts in a call later on Wednesday that “we continue to operate in a difficult and uncertain environment”, according to a transcript of his remarks.

Finance chief James von Moltke told reporters that loan growth would “undoubtedly” slow and it was “realistic” next year will carry some risk.

Revenue rose at the bank’s major divisions, and Deutsche upgraded its outlook for the investment bank, saying it expected revenue in the unit to be “slightly higher”, compared with previous expectations for “essentially flat”.

The figures are good news for the bank after a barrage of negative headlines in recent days.

Last week, German prosecutors searched its headquarters in connection with an investigation of the multibillion-euro tax fraud scheme in a blow to a bank that has been trying to rebuild its reputation after compliance lapses.

Deutsche is also trimming staff at its investment bank, people with knowledge of the matter have told Reuters, as a pullback in financing deals compels lenders to limit costs.

Sewing, in a letter to employees on Wednesday, said it is “essential that we continue to pay close attention to costs”.

Deutsche’s update came after some U.S. rivals reported mixed results on Wall Street, where profits slid as investment banking was hit hard, and executives braced for a weaker economy.

Deutsche – like its Wall Street competitors – was hurt by declines in dealmaking, although trading held up because of volatile markets.

Revenue from the investment bank’s origination and advisory business fell 85% in the quarter, compared with expectations for a 61% drop.

Revenue for fixed-income and currency trading, one of the bank’s largest divisions, rose 38%, better than expectations for a 26% rise.

The investment bank in recent years recovered from being its problem child to its strongest revenue generator thanks to a coronavirus pandemic trading boom and a dealmaking frenzy.