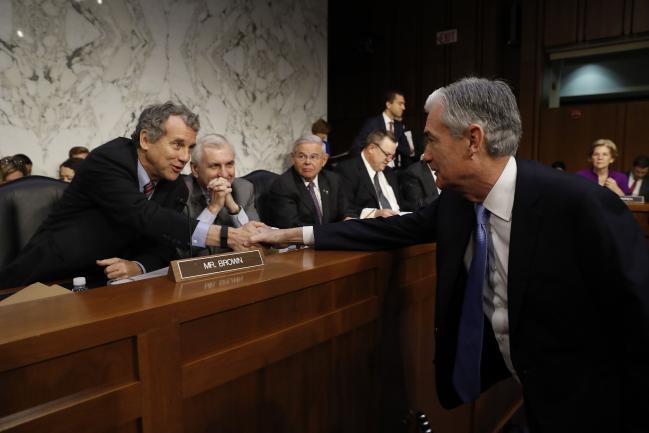 (Bloomberg) — Sherrod Brown, the US senator from Ohio who plays a key role overseeing the Federal Reserve as head of the Senate Banking Committee, sent Fed Chair Jerome Powell a letter Tuesday asking him to stay focused on employment as the central bank fights inflation.

“We must avoid having our short-term advances and strong labor market overwhelmed by the consequences of aggressive monetary actions to decrease inflation, especially when the Fed’s actions do not address its main drivers,” Brown, a Democrat, wrote in the letter.

The blunt move adds to political winds around the Fed a week before before US central bankers are expected to extend their aggressive run of interest-rate increases to curb inflation by cooling the economy and its hot labor market. It also comes ahead of mid-term congressional elections on Nov. 8 in which Democrats are struggling to avoid losing at least partial control of Congress.

“For working Americans who already feel the crush of inflation, job losses will make it much worse. We can’t risk the livelihoods of millions of Americans who can’t afford it,” Brown wrote. “I ask that you don’t forget your responsibility to promote maximum employment and that the decisions you make at the next FOMC meeting reflect your commitment to the dual mandate.”

The Fed’s policy-setting Federal Open Market Committee meets next week to discuss policy and is widely expected to raise its benchmark interest rate by three-quarters of a percentage point for the fourth time in a row. It has raised the benchmark by three percentage points already this year so far, marking the fastest pace of tightening since the early 1980s in a bid to bring inflation down from four-decade highs.

Fed officials after their last policy meeting on Sept. 21 published updated quarterly projections showing they expected it would be appropriate to tighten enough to send the unemployment rate to 4.4% by the end of next year. In September, unemployment stood at 3.5%. The plan would therefore lead to about 1.5 million job losses, assuming no change in the size of the labor force.