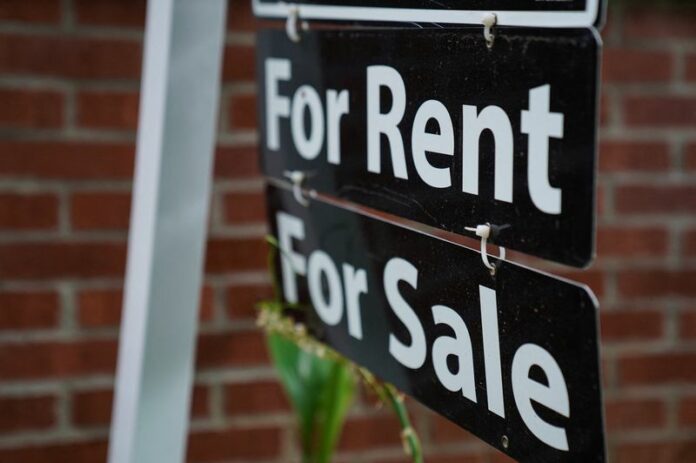 WASHINGTON (Reuters) – Sales of new U.S. single-family homes dropped in September and data for the prior month was revised lower, more evidence that higher mortgage rates are choking the housing market.

New home sales decreased 10.9% to a seasonally adjusted annual rate of 603,000 units last month, the Commerce Department said on Wednesday. August’s sales pace was revised down to 677,000 units from the previously reported 685,000 units.

Sales tumbled 20.2% in the densely populated South and fell 0.7% in the West. But they rose 4.3% in the Midwest and surged 56.0% in the Northeast. Economists polled by Reuters had forecast new home sales, which account for about 10% of U.S. home sales, declining to a rate of 585,000 units.

The housing market has been the worst hit by the Federal Reserve’s aggressive interest rate hikes intended to dampen overall demand in the economy, with annual inflation having risen at its fastest pace in 40 years.

The U.S. central bank has raised its benchmark overnight interest rate from near zero in March to the current range of 3.00% to 3.25%, the steepest pace of policy tightening in a generation or more. That rate is likely to end the year in the mid-4% range, based on the U.S. central bank officials’ own projections and recent comments.

Mortgage rates have increased even faster. The 30-year fixed mortgage rate averaged 6.94% in the latest week, the highest in 20 years, up from 6.92% in the prior week, according to data from mortgage finance agency Freddie Mac (OTC:FMCC).

Completed houses accounted for 12.1% of the inventory, well below a long-term average of 27%. At September’s sales pace it would take 9.2 months to clear the supply of houses on the market, up from 8.1 months in August.