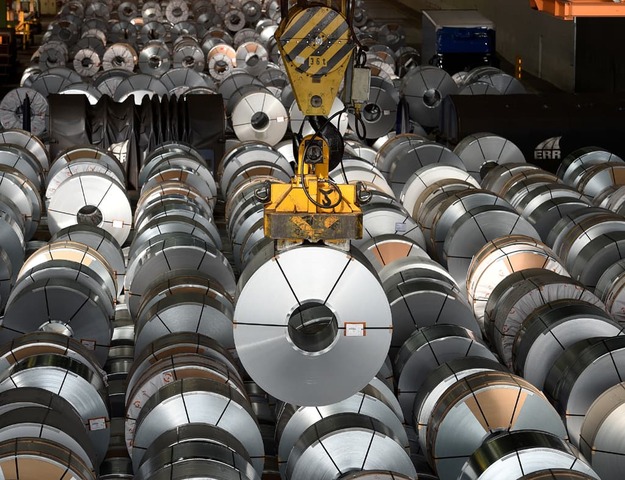 LONDON: Industrial metals prices rose sharply on Wednesday as hopes for a slower pace of US interest rate rises boosted global stock markets and weakened the dollar, making dollar-priced metals cheaper for buyers with other currencies.

Weak US economic data reinforced a sense among investors that the Federal Reserve will tighten policy less aggressively and therefore inflict less damage on the economy and demand for commodities.

In China, the biggest metals consumer, the yuan strengthened by more than 1% against the dollar as the change in US interest rate expectations was joined by news that state-owned banks were selling dollars to stabilise the currency.

The yuan fell on Tuesday to its weakest against the dollar since 2007.

Copper and aluminium, however, have lost 28% and 43% respectively since peaks in March, driven down by slowing global economic growth that weakened metals demand, hit stock markets and pushed the dollar to 20-year highs.

“The market is enjoying the tailwind from the weaker dollar,” said Saxo Bank analyst Ole Hansen.

But he said confirmation of a change of direction from the Fed would be needed to convince investors that the worst tightening is over and that without this metals prices were unlikely to rise too far.

The Bank of Canada on Wednesday announced a smaller than expected increase to interest rates and said it was getting closer to the point where rate hikes could end.

Supply of many metals remains tight and stockpiles are low, giving some support to prices. Also hanging over the market is the possibility that the LME will block Russian metal from its trading system, disrupting supply.