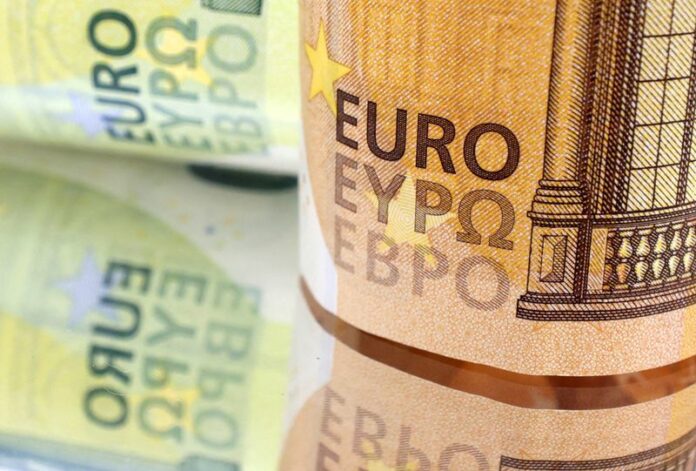 By Yoruk Bahceli and Dhara Ranasinghe

(Reuters) – Some euro zone countries have eased rules for the banks that manage the trading of their government debt to help them cope with some of the most challenging market conditions in years, officials told Reuters.

Out of 11 major euro area debt agencies Reuters contacted, officials in the Netherlands and Belgium told Reuters they have loosened various market-making obligations dictating how actively these banks should trade their debt.

France, Spain and Finland said their rules are already structured to automatically take account of market tensions. Germany and Austria said they do not set such rules.

As the European Central Bank unwinds years of buying the region’s debt, while the war in Ukraine, an energy shock and turmoil in Britain are making investors wary of loading up on government bonds, debt managers are adjusting to a less liquid, more volatile market.

That in turn, could raise borrowing costs for governments, already squeezed by climbing interest rates and energy-related spending, and bring more uncertainty for institutions, such as pension funds, which seek in government debt safety and stability.

Euro zone government debt bid-ask spreads, the difference between what buyers are offering and sellers are willing to accept and a measure of how smooth the trading is, have risen up to four-fold since the summer of 2021, data compiled by MarketAxess for Reuters showed. The data tracked German, Italian, French, Spanish and Dutch bonds, markets which account for the vast majority of euro zone debt with nearly 8 trillion euros outstanding.

Wider spreads mean more volatility and higher transaction costs. So governments expect, and some formally require their primary dealers – banks that buy government debt at auctions and then sell to investors and manage its trading – to keep those tight.

In markets with formal requirements, they also face other “quoting obligations” to ensure the best possible liquidity. Those obligations have been loosened in some countries to account for heightened market stress.

Jaap Teerhuis, head of dealing room at the Dutch State Treasury, said several of its quoting obligations, including bid-ask spreads, had been loosened.

“Volatility is still significantly higher compared to before the (Ukraine) war and also ECB uncertainty has also led to more volatility and more volatility makes it harder for primary dealers to comply,” he said.

Liquidity has been declining since late 2021 as traders started anticipating ECB rate hikes, Teerhuis said. The Netherlands then loosened its quoting obligations following the invasion of Ukraine.

Belgium’s quoting obligations also move with changes in trading conditions. But it has relaxed since March the rules on how many times per month dealers are allowed to fail to comply with them and has also reduced how much dealers are required to quote on trading platforms, its debt agency chief Maric Post said.

The two countries also loosened rules during the COVID-19 pandemic. Belgium’s Post said that lasted only four months in 2020, but it has kept obligations looser for much longer this time.

Finland said it has not changed its rules, but could not rule out acting if conditions persist or worsen.

Outside the bloc, Norway has also allowed dealers to set wider bid-ask spreads.

In Italy, debt management chief Davide Iacovoni said on Tuesday it was considering adjusting the way it ranks primary dealers each year to encourage them to quote tight spreads. Such rankings can affect which banks get to take part in lucrative syndicated debt sales.

“If the market is too volatile, if it’s too risky, if it’s too costly, it’s better to adjust the bid-offer to what is the reality of the market than to force liquidity,” France’s debt chief Cyril Rousseau told an event on Tuesday.

Britain’s September sell-off highlighted how liquidity can evaporate fast in markets that are already volatile when a shock hits. In that case, the government’s big spending plans triggered large moves in debt prices, forcing pension funds to resort to fire sales of assets to meet collateral calls.

The euro zone is roughly 60% the size of the U.S. economy but it relies on Germany’s 1.6 trillion euro bond market as a safe haven – a fraction of the $23-trillion U.S. Treasury market.

In the case of a volatility shock “you can very easily fall into a situation where some markets are really drying up,” Krizan said. “For us it’s one of the biggest risks for the euro area.”

For example, the Netherlands like Germany has a top, triple A rating. But like other smaller euro zone markets it does not offer futures, a key hedging instrument, and so far this year the premium it pays over German debt has doubled to around 30 basis points.

Efforts by debt officials are welcomed by European primary dealers, whose numbers have dwindled in recent years because of shrinking profit margins and tougher regulation.

Two officials at primary dealer banks said that fulfilling the quoting obligations in current conditions would force them to take on more risk.

“If (issuers) want private sector market-making, it needs to be profitable, or why would anyone do it? And it can’t be if rates move around 10-15 basis points a day,” one said of moves of a scale that had rarely been seen in these markets in recent years.