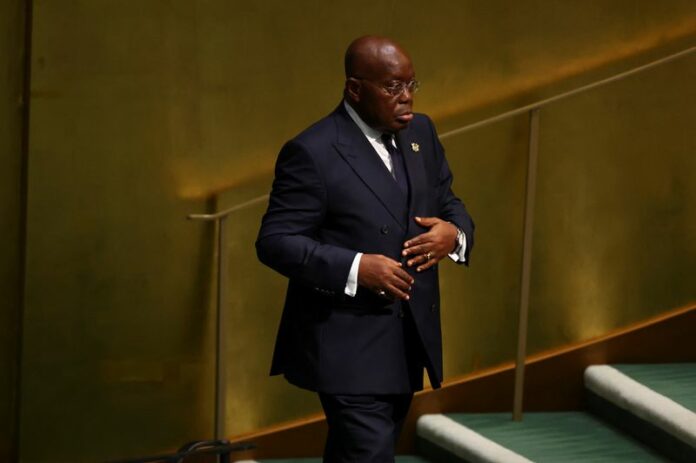 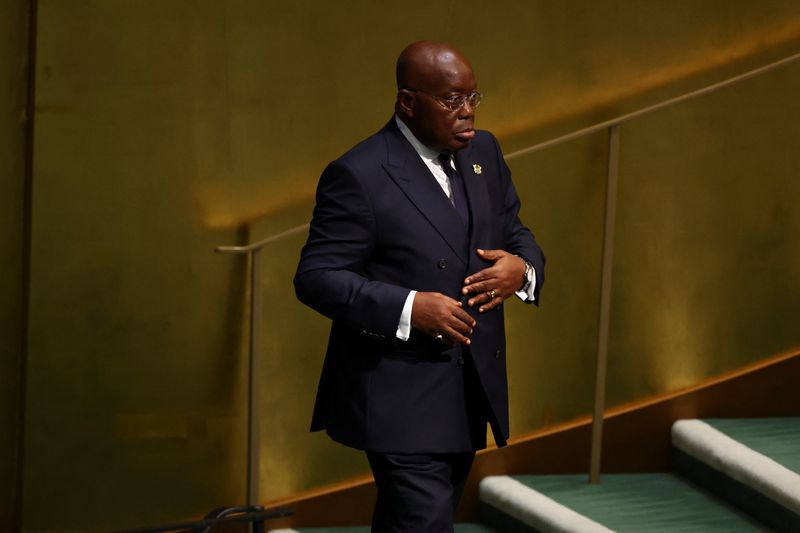 By Christian Akorlie and Cooper Inveen

ACCRA (Reuters) -Ghanaian President Nana Akufo-Addo on Sunday said talks with the International Monetary Fund were going well and sought to reassure investors that the negotiations would not lead to a reduction in the face value of government bonds.

The president’s speech to the nation sought to reassure Ghanaians and the markets that the government can curb an economic crisis that has forced it to turn to the Fund for financial support.

The talks are “are at advanced stages, and are going well,” Akufo-Addo said.

“No individual or institutional investor … will lose their money as a result of our ongoing IMF negotiations. There will be no haircuts,” he said, denouncing as “false rumours” recent reports of a possible such restructuring.

Ghana launched talks with the IMF in July as foreign investors dumped its debt and street protests broke out over economic turmoil that has seen inflation and currency depreciation hit record levels despite repeated and severe lending rate hikes.

“I cannot find an example in history when so many malevolent forces have come together at the same time,” Akufo-Addo said.

The Ghanaian cedi has plummeted more than 40% this year, straining importers of both raw and processed materials, while consumer inflation hit a new 21-year high of 37.2% in September on the back of soaring import costs.

The president said the government aimed to restore macroeconomic stability within the next three to six years and to cut the debt-to-GDP ratio to 55% by 2028.

“I believe we can and we will find the means to achieve these goals, even if the immediate measures we have to take are painful,” he said.

The IMF estimates Ghana’s debt-to-GDP hitting over 90% by year-end.