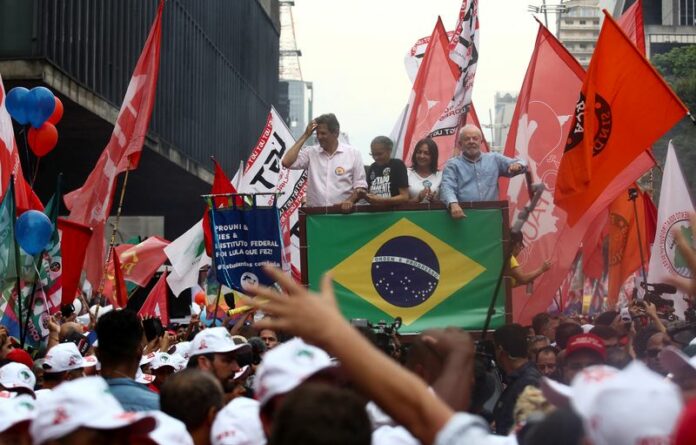 Lula expected to turn to trusted aides for Cabinet posts 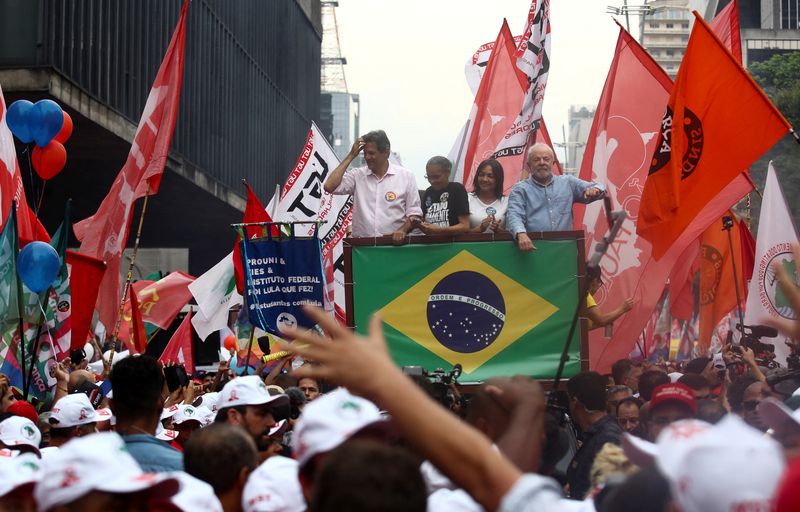 By Lisandra Paraguassu and Marcela Ayres

SAO PAULO/BRASILIA (Reuters) – Brazilian President-elect Luiz Inacio Lula da Silva, who narrowly won Sunday’s election, has been cagey about potential Cabinet choices while on the campaign trail, but some names of trusted allies are expected to be in the new government on Jan. 1.

Most speculation has focused on who will be his finance minister, which will be a major signal to investors of his commitment to fiscal discipline. If Lula has settled on his pick, he has not yet told even his closes aides.

“He banned any talk of this because in a tight election, anticipating names could have a negative impact,” said a senior member of Lula’s Workers Party who requested anonymity.

Two strong contenders for finance minister are Padilha, a former health minister, and Haddad, the former Sao Paulo mayor who lost his race for governor of the state on Sunday, according to sources in the Lula campaign.

They also gave a nod to Dias, who like Padilha has taken part in meetings with businessmen to discuss Lula’s plans for the economy. However, one of the sources said Dias, a former Piaui governor who was elected to the Senate, had a stronger shot at being Lula’s chief of staff.

Another Lula aide said Aloizio Mercadante, the coordinator of Lula’s election program who has made financial markets wary with his interventionist proposals, would be a stronger name for planning minister than finance minister.

Another candidate in the mix, met with eager speculation from investors, is market darling Henrique Meirelles, a former banker whom Lula appointed central bank governor at the start of his first presidency in 2003.

Meirelles was finance minister in the government that replaced impeached President Dilma Rousseff in 2016, drawing lasting ire from some in the Workers Party.

Lula has not released details of his economic plans or how he would pay for extending more generous welfare benefits next year. That would require changes to Brazil’s constitutional spending cap, which has led to much speculation about Lula’s commitment to fiscal discipline.

Flavio Dino, the former Maranhao governor who also won a Senate seat, is very likely to be in the Cabinet and could be Lula’s justice minister, the sources said.

Tebet, a centrist senator who placed third in the presidential race before campaigning for Lula in his runoff against Bolsonaro, will likely be rewarded with a Cabinet post.

She would be a strong pick for agriculture minister, sources said, as she comes from farm state Mato Grosso do Sul, although she has said publicly she would rather be education minister.

Marina Silva, who was Lula’s environment minister when he first assumed the presidency in 2003, but fell out with his government and left in 2008 to found Brazil’s Green Party, also campaigned for him against Bolsonaro. Sources said she is slated to take a new government role coordinating the fight against climate change by promoting for “green” economic development.