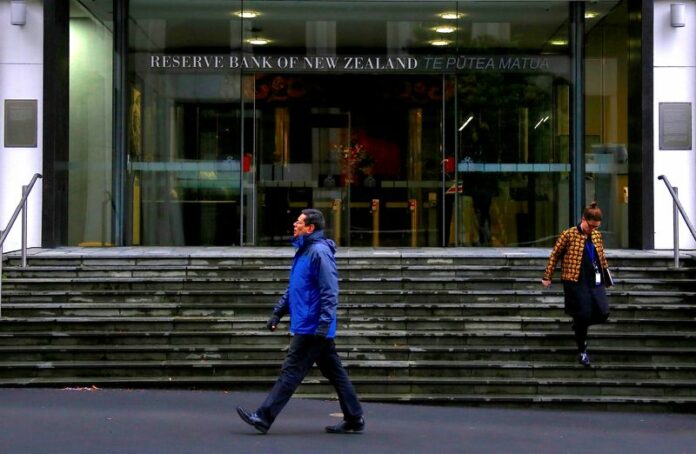 By Lucy Craymer and Harshita Swaminathan

(Reuters) -The Reserve Bank of New Zealand said on Monday its annual stress test on the banking sector showed banks were “well placed” to overcome stagflation.

The RBNZ’s Deputy Governor Christian Hawkesby said while banks’ capital buffers would take a hit in a stagflation scenario, where high inflation is paired with negative economic growth, they would remain well above the regulatory minimums.

Hawkesby said that this was thanks in part to the build-up of capital since the 2008 global financial crisis.

Inflation in New Zealand is tracking just below three-decade highs at 7.2% and the central bank has been aggressively hiking the cash rate to try to dampen it.

Gross domestic product rose 1.7% in the June quarter, but increases in the cash rate raise the risk of a contraction.

The Central Bank is due to release its twice yearly Financial Stability Report on Nov. 2.