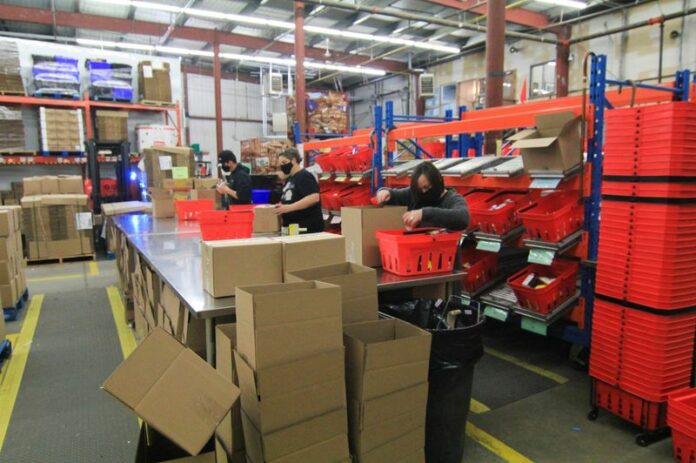 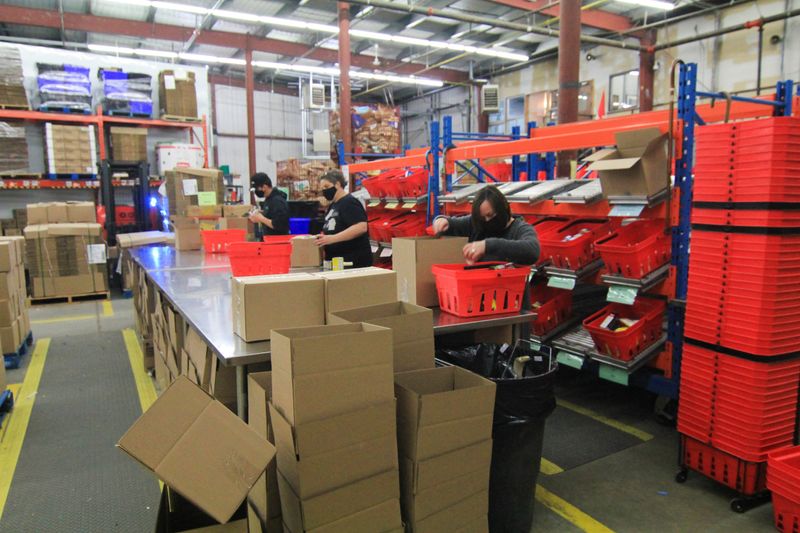 By Julie Gordon and Rod Nickel

OTTAWA/WINNIPEG, Manitoba (Reuters) – At a warehouse on an industrial stretch in Ottawa, giant metal crates of donated groceries are piled high as volunteers sort canned goods, pasta and other foods to be distributed to pantries around the Canadian city.

Demand has surged 33% at the Ottawa Food Bank from pre-COVID-19 pandemic levels, with visits up as spiraling grocery, gas and rent prices, along with fast-rising borrowing costs, leave more Canadians struggling to make ends meet.

“That’s because the cost of food has risen … but also because of the number of people that are turning to a food bank right now,” said Wilson. “It is unfortunately a perfect storm.”

Canada’s headline inflation rate has eased to 6.9% from a peak of 8.1%, but food costs are still accelerating and underlying price pressures remain sticky.

At the same time, the Bank of Canada (BoC) has hiked interest rates by 350-basis points in just seven months, one of its sharpest tightening campaigns ever, to try to force inflation back to its 2% target.

The result is Canadian consumers and small businesses are being squeezed from both sides, prompting politicians, unions and even some economists to implore the central bank to slow its pace of tightening.

The bank this week signaled its tightening campaign was nearing its peak, but made clear it was not done yet, as it hiked rates by 50-bps to a fresh 14-year high.

In a television interview after the decision, BoC Governor Tiff Macklem said restoring price stability was not easy, but rampant inflation would be worse.

“I understand a lot of Canadians are in debt and interest rate increases will put more stress on them. It is something that we are watching closely,” he told Radio-Canada.

Canada, with its pricey homes and top of the G7 household debt levels, is particularly sensitive to higher interest rates, with fears mounting the BoC’s aggressive hikes will trigger a recession.

Wes Farnell, who runs Eight Ounce Coffee in Calgary with his wife Jen, said their specialty coffee equipment business was growing by 25% to 35% a year before the pandemic, and then boomed as lockdowns led to surging demand for high-end lifestyle appliances.

Now he is already seeing signs that hot inflation and recession worries have consumers focused on essentials rather than luxury appliances, which is adding up to fewer large orders even as the holiday shopping season approaches.

“Our wholesalers are definitely more tentative about spending money,” said Farnell. “Everyone’s nervous … Will people be spending money? Will there be any money to spend? Will inflation go up even further?”

The pain is also being felt on the farm, where record high debt levels and surging operating costs are weighing on many farmers, despite strong grain prices.

For Brodie Haugan, who farms with his parents near Orion, Alberta, inflation has hit especially hard, coupled with a relentless drought.

With the price of feed rising faster than cattle prices, Haugan reduced his 400-cow herd by 30% in spring.

“Right across the board, everything has increased in price, making it very difficult to really do anything at all,” Haugan said.