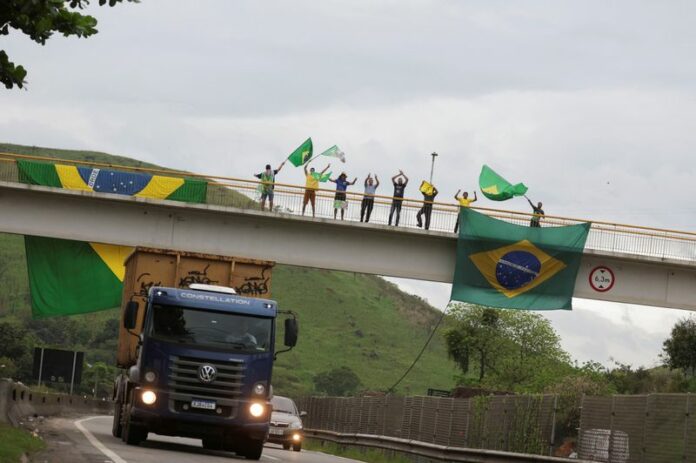 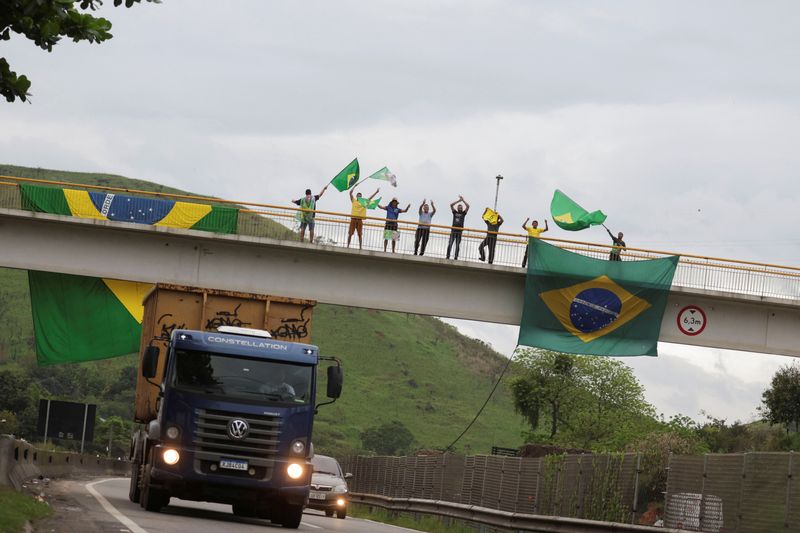 By Brian Ellsworth and Ricardo Brito

SAO PAULO/BRASILIA (Reuters) -Brazil’s Supreme Court on Tuesday ordered police to remove scores of roadblocks set up by supporters of President Jair Bolsonaro to protest his defeat in the presidential election, while the far-right leader remained silent on the result.

The protest was starting to affect the economy.

The Brazilian supermarkets lobby reported supply problems and appealed to Bolsonaro to resolve the situation before shop shelves begin to empty.

Bolsonaro has given no public reaction to the election result. Communications Minister Fabio Faria told Reuters that Bolsonaro was expected to speak about his defeat by Tuesday, though it was not clear whether the incumbent would accept Lula’s victory.

Truckers – who have benefited from Bolsonaro lowering diesel costs – are one of the president’s key constituencies, and they have been known to disrupt Brazil’s economy when they shut down highways.

Although Bolsonaro has remained silent on his election loss, his political allies and associates have already begun to establish contact with the Lula camp to discuss a transition. Some have publicly declared that the Bolsonaro government should respect the election result.

The main access road to Sao Paulo’s Guarulhos international airport, the busiest in the country, was temporarily blocked by dozens of demonstrators and 25 flights were canceled, the airport said. But Governor Rodrigo Garcia said the highway was reopened on Tuesday morning. He announced heavy hourly fines against anyone blocking roads.

“We honest Brazilians are against the return of that gang that looted state coffers,” said truck driver Vando Soares, opposed to the return to office of Lula, whose 2003-2010 presidency was marked by widespread corruption.

“We are not moving until that bandit is stopped from assuming as president,” he said.

Another demonstrator, Naiele Souza, said she thought Bolsonaro was waiting to see how the demonstrations went before addressing the nation.

Lula’s win represents a stunning comeback for the 77-year-old former metalworker, who governed Brazil from 2003 to 2010 but then spent time in prison for corruption convictions that were later annulled.

Lula has vowed to overturn many of Bolsonaro’s policies, including pro-gun measures and weak protection of the Amazon (NASDAQ:AMZN) rainforest.

Some truckers posted videos calling for a military coup to stop Lula from taking office.

The PRF said truckers were blocking highways partially or fully in more than 200 locations, as part of protests that have spread to 21 of Brazil’s 27 states. They said another 192 roadblocks had been cleared.