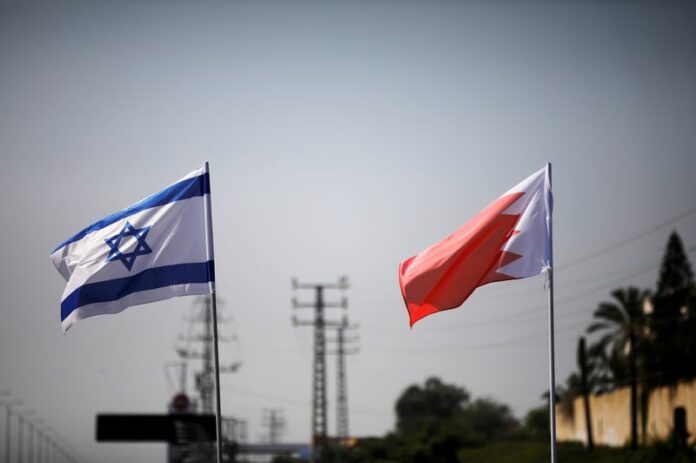 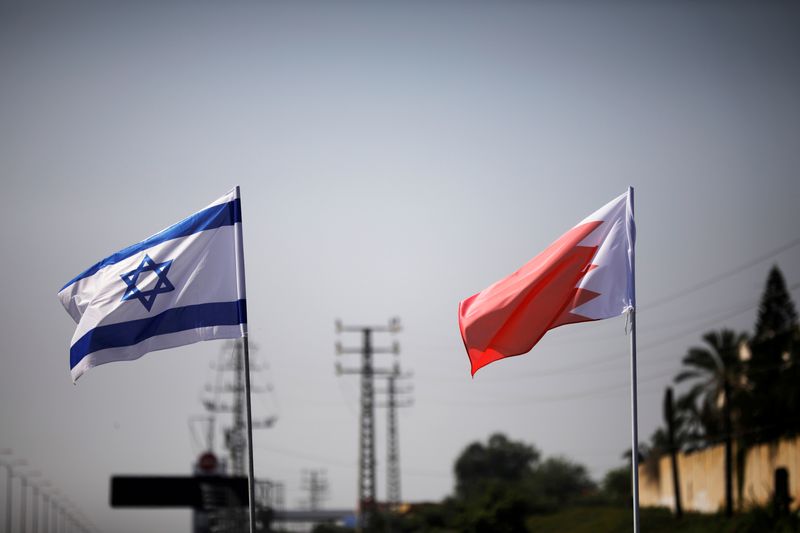 © Reuters. FILE PHOTO: The flags of Israel and Bahrain flutter along a road in Netanya, Israel September 14, 2020. REUTERS/Nir Elias

JERUSALEM (Reuters) – Israel and Bahrain hope to seal a free trade agreement before the end of the year, officials from both countries said on Monday.

Israel normalised diplomatic relations with Bahrain and its Gulf neighbour the United Arab Emirates (UAE) two years ago under U.S. sponsorship. While economic ties with the UAE has since taken off, Israel’s trade with Bahrain has lagged far behind.

“We’re optimistic and hopeful that we will close the deal by the end of the year,” Bahraini Minister of Industry and Commerce Zayed Alzayani said during a visit to a leading Israeli venture capital firm, Jerusalem Venture Partners (JVP).

Alzayani, who discussed future cooperation with JVP founder Erel Margalit, said another round of free trade talks was expected in mid-November.

Israel’s Economy Ministry told Reuters it would send a delegation to Manama for the next round “in order to conclude the negotiations as soon as possible, and hopefully no later than the end of the year.”

In May, Israel forged a free trade deal with the UAE, its first with an Arab country, that officials estimate will increase trade from $1.2 billion to $10 billion over the next five years.