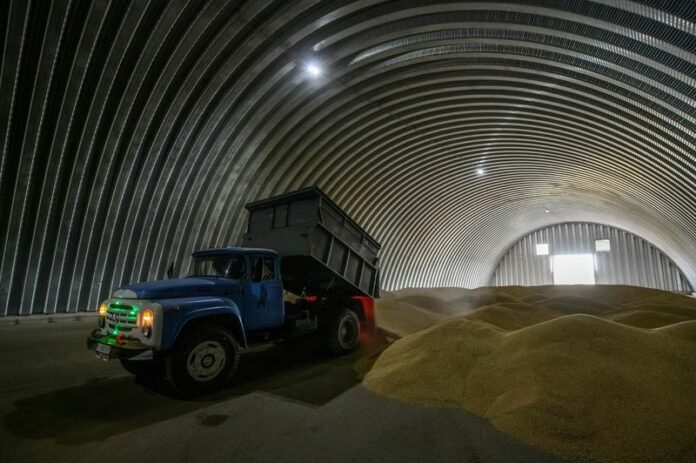 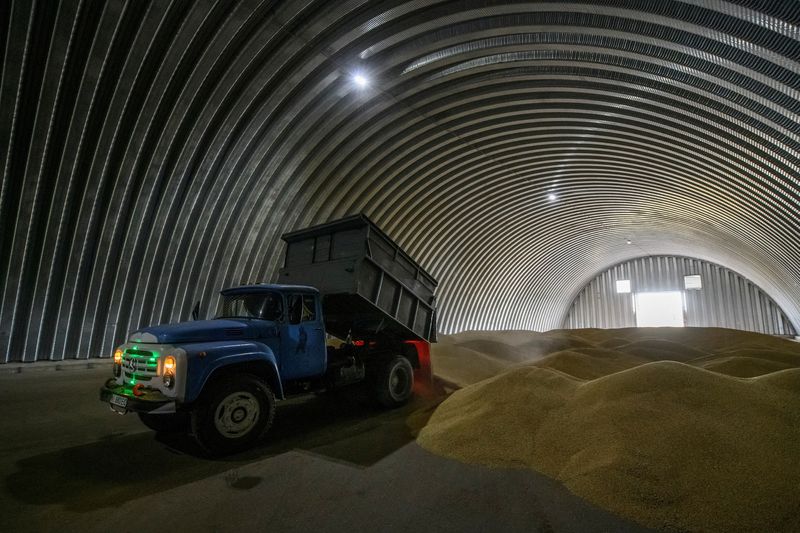 © Reuters. FILE PHOTO: An employee unloads wheat grains inside a storage in the village of Zghurivka, amid Russia’s attack on Ukraine, in Kyiv region, Ukraine August 9, 2022. REUTERS/Viacheslav Musiienko

SINGAPORE (Reuters) – Chicago wheat futures slid on Tuesday, with the market falling from previous session’s highest level in two weeks, as grain shipments continue to flow from Ukraine despite Russia withdrawing from a U.N.-brokered export pact.

Soybeans and corn lost ground after closing higher on Monday with a rapid pace of U.S. harvest weighing on prices.

* Ukrainian President Volodymyr Zelenskiy said on Monday that his country would continue exporting grain from its Black Sea ports under a U.N. programme despite Russia’s pullout because the shipments offered stability to world food markets.

* Moscow suspended its participation in the Black Sea deal on Saturday in response to what it called a major Ukrainian drone attack on its fleet in Russia-annexed Crimea.

* But shipments could be interrupted again. Lloyd’s of London insurer Ascot is suspending writing cover for new shipments using the Ukrainian grains corridor in the Black Sea until it has more clarity about the situation there, a senior official said.

* Losses in the wheat market were curbed by dryness hitting the U.S. winter crop.

* The U.S. Department of Agriculture (USDA) on Monday rated 28% of the U.S. winter wheat crop in good-to-excellent condition, the lowest for this time of year in records dating to 1987, underscoring the effects of persistent drought in the Plains wheat belt.

* A global stock index fell and U.S. Treasury yields edged up on Monday as investors prepared for the U.S. Federal Reserve to stick with its aggressive approach to raising interest rates this week. [MKTS/GLOB]