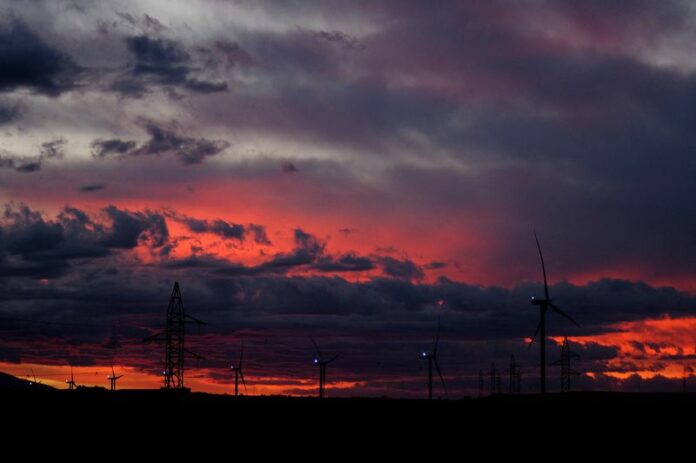 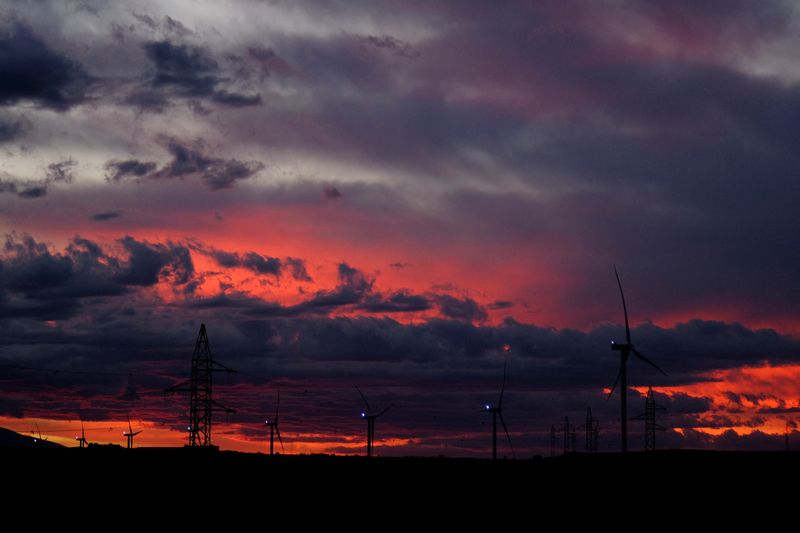 (Reuters) – Europe’s plan to roughly double renewable power generation by the end of the decade to cut its emissions and reliance on imported Russian fuel is under threat from market turbulence that has shaken the economics of the shift to low carbon energy.

Russia’s war on Ukraine and the disruption of the gas supplies on which Europe had relied has injected urgency into the European Union’s move toward carbon-free energy.

It is negotiating a legally-binding target to generate 45% of energy from renewable sources by 2030, up from the existing target of 32% and renewable capacity of roughly 22% in 2021.

But even if the bloc’s 27 member countries reach agreement on the plan, to enforce it they must overcome rising costs and uncertainties linked to power market reforms triggered by the price surge linked to war in Ukraine.

As energy prices have increased all costs, including of the materials needed for renewable infrastructure, investment models built on low prices for renewably-produced electricity are in doubt.

“This completely changes the dynamic as you need to sell your electricity for much higher prices, which could have a derailing impact on the whole energy transition,” David Swindin, Chief Executive Officer at Cubico Sustainable Investments, a renewables investor and developer, said.

“This era of cheap electricity that people have become used to is changing, particularly post-Ukraine.”

The cost of building wind farms has risen by as much as 15% in some parts of the world over the last year, developers say.

Turbine-makers looking at the prospect of strong global demand have lifted prices to bolster their margins.

Denmark’s Vestas said in financial reports it sold onshore turbines in the third quarter more than 30% higher than during the same period last year.

The challenge to European projects has also increased after the $430 billion U.S. Inflation Reduction Act was signed into law in August, providing state aid to factories that build renewable energy components – which EU officials fear could hamper attempts to expand Europe’s domestic industry.

The wholesale benchmark German baseload front year electricity price hit a record above 1,000 euros per megawatt hour (MWh) on Aug. 29. Prices have since retreated to around 370 euros, but remain more than double the same time a year ago.

“It’s when every single variable is subject to change that it creates more of a challenge,” he said.

Think tank Bruegel estimates governments have spent over half a trillion euros to try to lower bills for households and businesses.

To help fund those measures, EU countries agreed last month to temporarily skim off the excess revenues generators make above 180 euros per megawatt hour (MWh) from selling their power into the market.

The European Commission, the EU executive, said the step had been designed to ensure generators would still be profitable and have cash to invest in new projects – given that the running cost of wind and solar farms is far below the 180 euro/MWh cap.

Even with the cap, the Commission said the business case for investing in renewables was strong.

But the provision also allows countries to set their own cap levels, which the industry anticipates could be much lower, possibly jeopardising new projects.

“Investors will need to wait and see at which level governments set their national caps and we don’t know how long that will take,” Christoph Zipf, Press and Communications Manager at industry group WindEurope, said.

Ignacio Galan, executive chairman of Iberdrola (OTC:IBDRY), one of Europe’s largest renewable developers with a 75 billion euro investment plan for 2020-2025, said the company will continue to invest in Europe but he craves certainty.

“We need to obtain financing from the equity and debt markets, and in complex moments like this one, investors need clarity and stability,” he said.

FIT FOR A DECARBONISED FUTURE?

Under the current system, the cost of producing electricity from gas-fired power stations usually sets the wholesale electricity price, meaning renewable generators with lower running costs have been able to benefit from selling power at high prices despite not having to buy expensive fuels.

European Commission President Ursula von der Leyen said in a letter to EU country leaders in October that by the end of the year the Commission would present its ideas to make “our electricity market fit for a more decarbonised future”.

It is too soon to tell whether all the uncertainty has caused specific projects to founder.

“This is scaring off investors and providing them with that tricky question: do I invest or do I wait?” Secretary General Kristian Ruby said.