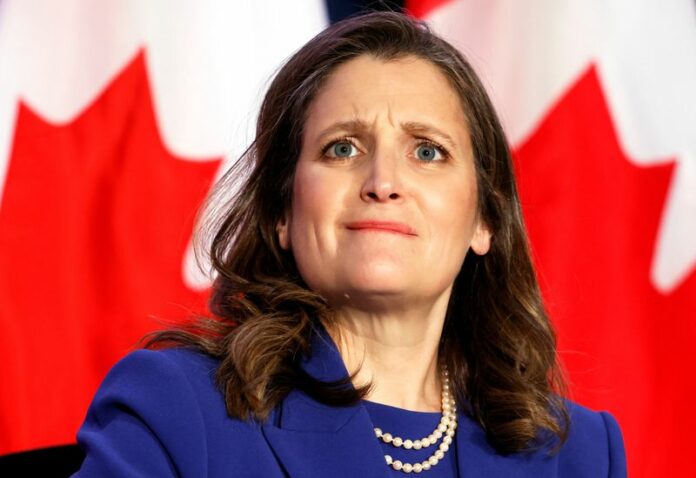 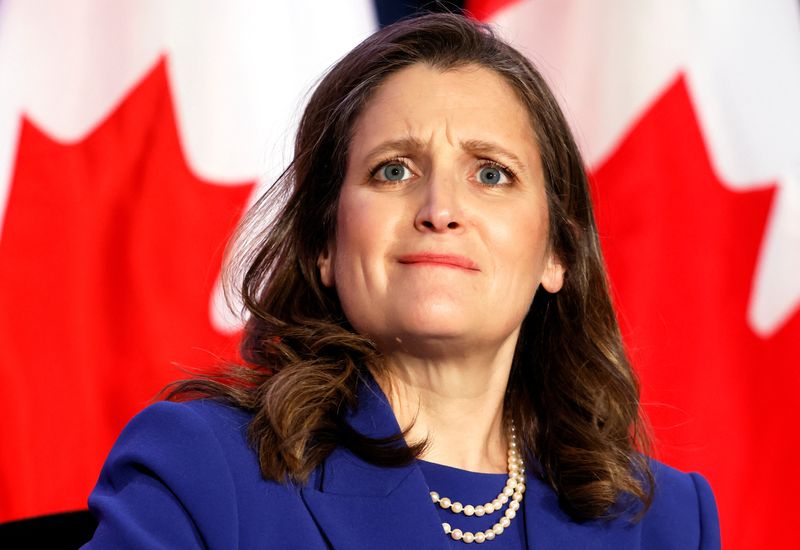 By Steve Scherer and Julie Gordon

OTTAWA (Reuters) – Canada’s government will outline its new fiscal forecasts and update its spending plans on Thursday against the backdrop of a stalling economy brought on by a steep rise in interest rates.

Though there may be new “targeted” spending in the so-called Fall Economic Statement (FES), there will be fiscal restraint that will not make the central bank’s job of fighting inflation harder, Reuters reported last week.

“My advice would be for the government to keep as much powder dry as possible for the upcoming economic downturn,” said Randall Bartlett, senior director of Canadian economics at Desjardins. Stimulus that adds to the deficit would “potentially lead to concern within financial markets,” he said.

The document will be published when Finance Minister Chrystia Freeland presents it to the House of Commons at about 4 p.m. (2000 GMT).

The Liberal government’s updated fiscal plans come as the economy is sinking into three quarters of near-zero growth, according to Bank of Canada forecasts, and as the central bank continues its historic tightening campaign.

Inflation in Canada has slowed to 6.9% in September from a peak of 8.1% earlier in the year, but core measures remain sticky.

“Policy risk is particularly elevated with still-high inflation and an uncertain interest rate path that has markets on edge,” said Rebekah Young, an economist at Scotiabank.

The FES will also provide an initial response to the Inflation Reduction Act (IRA), which was signed into law by U.S. President Joe Biden earlier this year and contains significant investment in green transition technologies.

Late on Wednesday, a senior government source said the FES would include a tax on corporate stock buybacks similar to a measure introduced by United States in the IRA.

“From a business side, I don’t think it’s a good thing,” said Robert Asselin, senior vice president of policy at the Business Council of Canada. “Because… what we’re trying to do here is become more competitive with the Americans.”

In an interview last week, Natural Resources Minister Jonathan Wilkinson said additional support for hydrogen, critical minerals and battery manufacturing were merited, without saying whether action would be taken in the FES or in next year’s budget.